Unai Emery has hit back at Carlo Ancelotti after the Napoli boss claimed the sight of Arsenal players suffering from cramp would give his team major encouragement ahead of their Europa League quarter final second leg.

The Gunners will head to Naples with a key 2-0 lead after one of their most accomplished performances of the campaign under Arsene Wenger’s successor.


Despite their dominance, Arsenal may live to regret a couple of missed chances, while they were also fortunate to win with a clean sheet given the chances wasted by Lorenzo Insigne and Piotr Zielinski.

He said: ‘I think that the second half was completely different. The fact we push a lot at the end and we were physically a lot better as some of their players had cramps.

‘This is another thing that we can use in Naples.’

Arsenal face Watford at Vicarage Road on Monday night hoping to regain a foothold in the race for fourth place after last Sunday’s loss but Emery dismissed Ancelotti’s pointed dig during his own post-match press conference.


He said: ‘I think we’re OK. The players finished tired because they worked a lot. But I prefer to finish like that and not finish matches with the possibility to continue playing.

‘I know, and the players also, that we need every player to be ready to play and help. On Monday, I am sure we are going to play different players but [try] to find the same performance.

‘Some players after playing with this demanding performance physically, maybe we need something different. Next week it will be the same in Naples.


‘We’re going to prepare for Monday first, and also recover the players after the game today thinking that we are going to play a lot of matches [every] three days.

‘We need every player with the commitment, with the behaviour and the performances.’

Fri Apr 12 , 2019
Ole Gunnar Solskjaer has bizarrely claimed that Ander Herrera’s injury may be due the midfielder’s concerns over his future at the club. The 29-year-old sustained a hamstring injury during United’s draw with Liverpool at the end of February and then picked up a thigh problem after the side’s win over […] 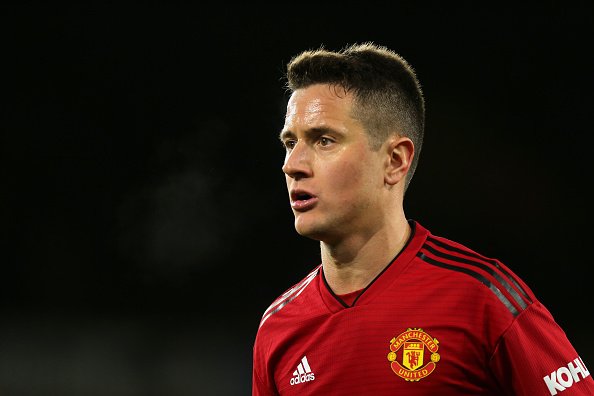