The Football Association has confirmed the Premier League will now have a winter break starting from the 2019/20 season.

Unlike the other top leagues in France, Germany, Italy and Spain, English top flight clubs play up to four matches during the festive period.


The additional workload has been seen as a reason for the poor performance of England’s clubs in the Champions League in recent years.

Football Association chief Martin Glenn said: ‘If you were to look at other countries that do it, they say, their technical people say, it’s as much the mental break as the physical one.

‘There is nothing as intense as an English Premier League season, with 38 games at all count for something.

‘The hope is that players will be more mentally rested, which makes them fresher, which you will see in, from an England point of view, hopefully going into end of season tournaments with a bit more verve and vim.


‘And, as importantly, the reason the Premier League clubs are so keen on it is that in the Champions League knock-out stage, where we’ve not been great over the past few years, hopefully that can help.’

It was claimed in February that talks were ongoing in order to introduce a break ahead of that summer’s European Championship.

A breakthrough came when the FA agreed to move the FA Cup fifth round, it now means that compensation in the competition’s TV rights deal is to be covered by Premier League broadcast deals.

Marcelo: Ronaldo does not own Real Madrid – Neymar should come

Sat Jun 9 , 2018
Real Madrid vice-captain Marcelo says he does not see any reason why Cristiano Ronaldo and Neymar cannot play together for Madrid, while saying that president Florentino Perez has the final say on everything that happens at the club. According to reports this week, Ronaldo has made an “irreversible” decision to […] 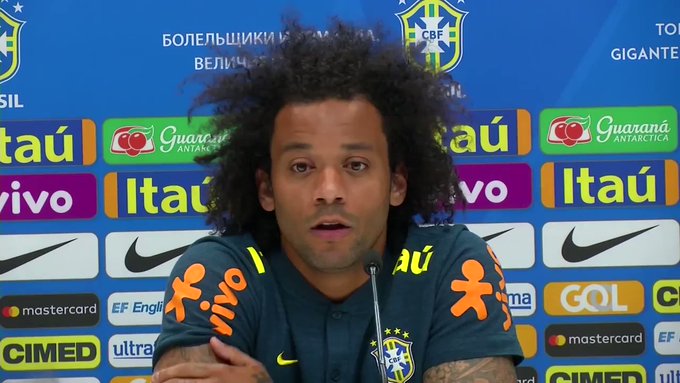