Manchester United had David De Gea to thank after his important saves helped the club to a 0-0 draw with the Spanish side.

United failed to create many clear-cut chances, with Lukaku volleying over an early chance before Marcus Rashford dragged an effort wide in the closing stages of the match.

‘Again, Lukaku has to be better,’ Paul Scholes told BT Sport. ‘When you play counter-attacking football, the ball has got to stick.

Ferdinand, the former United defender, added: ‘He had 38 touches tonight and 18 times he gave it away.

‘If you’re trying to produce a counter-attacking performance, that ball has to stick to allow your team to get out.

‘With Lukaku in your team at the moment, the ball doesn’t stick so the counter-attack doesn’t happen.’


Despite United’s underwhelming display, manager Jose Mourinho was content with his team’s performance. Sevilla travel to Manchester for the second leg on 13 March.

‘The only moment where we felt relieved was in the last couple of moments of the first half when from a couple of our mistakes in possession they had a couple of good situations and De Gea made good saves,’ Mourinho said.

‘Apart from that the game was even, but the statistics are what they are. I really feel the result reflected what the game was, you ask me was it a good result, and I say it was not good and not bad.’

Thu Feb 22 , 2018
Manchester City will meet head of referees Mike Riley over issues that challenges on their players are not being punished enough. The Premier League leaders want the FA to punish diving retrospectively to be expanded to yellow cards for tackles that could be seen as a red. Manchester City director […] 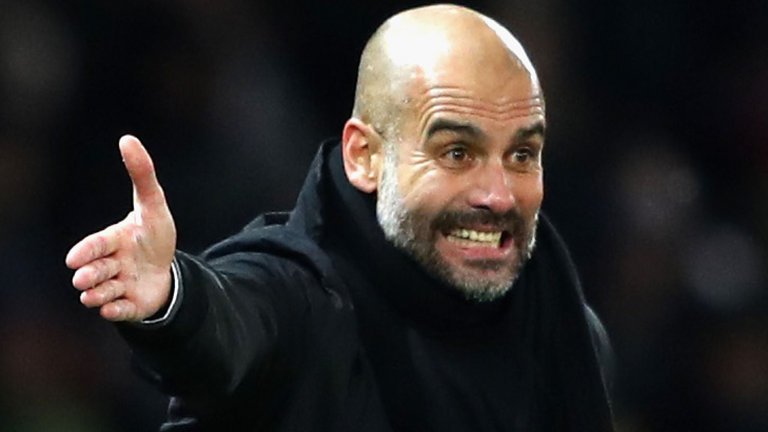