Romelu Lukaku concedes Manchester United will find it more difficult to make a successful Champions League comeback against Barcelona than the one they managed against Paris Saint-Germain.

United booked their place in the Champions League quarter-finals with an outstanding 3-1 win over PSG last month and were rewarded with a tie against Barcelona.


But Ole Gunnar Solskjaer’s side face another hard battle after Barca left Old Trafford on Wednesday with a 1-0 win after Luke Shaw’s own goal in the first half.

United failed to register a shot on target during their game against the Spanish champions, and Lukaku believes that his side need to show a major improvement in the return leg at Camp Nou.

‘Barca are not PSG, they have more experience,’ Lukaku told COPE.


‘We have to be confident and go to the Camp Nou with passion and generate more chances.

‘We lacked confidence with the ball, I hope that next week we will play better than we did today.’

Pogba wants Man United exit after falling out with Solskjaer

Thu Apr 11 , 2019
Paul Pogba’s relationship with Ole Gunner Solskjaer is “worn out” and the Manchester United midfielder “wants a transfer”, according to reports. French newspaper Le Parisien believe a transfer could well be on the cards for the France international. The stunning allegations will come as a shock to Manchester United fans […] 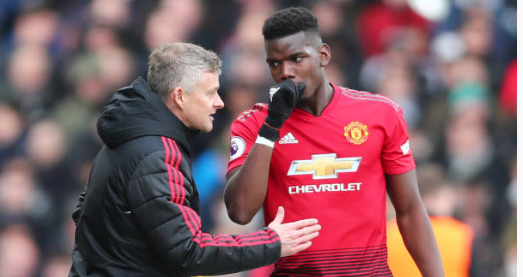