Emerson Palmieri will be out until mid-October after suffering a recurrence of his thigh injury during Chelsea’s 2-1 loss to Liverpool on Sunday, Frank Lampard has confirmed.

The left-back, who was making his return after two matches out with injury, was forced off after just 15 minutes at Stamford Bridge against the league leaders.


“Emerson now won’t be back until the other side of the international break,” Lampard told Chelsea’s website.

“It will be a few weeks because it is the recurrence of an injury so we have to be a bit careful with it.”

Van Dijk: You can’t compare me and Lionel Messi

Emerson will definitely miss Chelsea’s Carabao Cup match against Grimsby on Wednesday night as well as their Premier League game with Brighton on Saturday.

The 25-year-old is set to return against Newcastle on Saturday October 19, although his national team Italy could yet call him into their team for their European Qualifiers on October 12 and 15.

Lampard also provided an update on another defender Andreas Christensen, who followed Emerson off the field against Liverpool after sustaining an injury.

The manager said: “Andreas is not too severe. Hopefully he won’t be out for too long but I can’t give a timeframe.”

Kurt Zouma replaced Christensen in the 42nd minute on Sunday and it leaves just the France international and Fikayo Tomori as fit senior centre-backs against the League Two club.

Lampard will also promote Marc Guehi, who is in line to start and make his debut in the upcoming game at Stamford Bridge, as Antonio Rudiger continues to suffer from a groin injury.

Wed Sep 25 , 2019
Ole Gunnar Solskjaer reportedly told his Manchester United players they were ’embarrassing’ him during and after the poor loss to West Ham. The Red Devils dropped points for the fourth time in six league games on Sunday as they suffered a 2-0 defeat to the Hammers at the London Stadium. […] 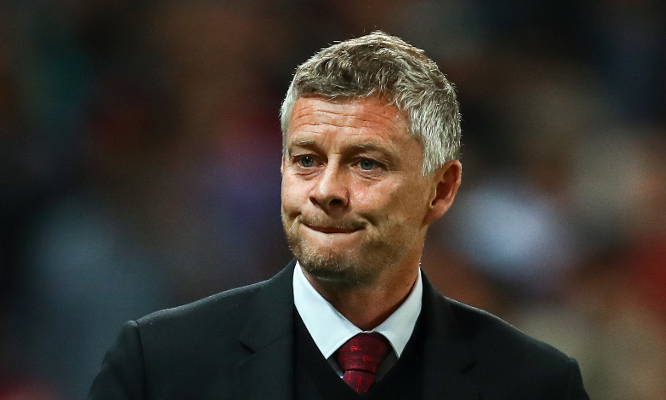