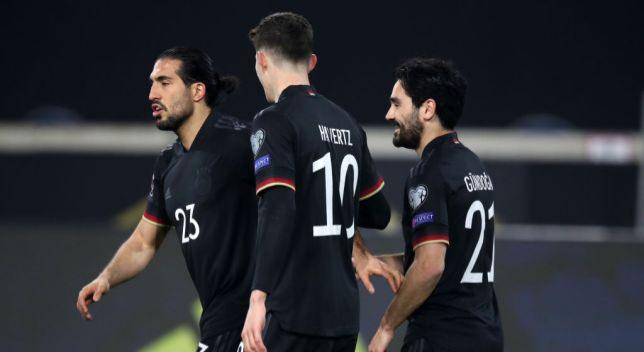 Manchester City and Germany midfielder Ilkay Gundogan believes Kai Havertz has ‘sensational qualities’ and will go on to make a ‘big statement’ in England after a tough debut campaign with Chelsea.

Havertz completed a £62m move from Bayer Leverkusen to Chelsea last summer, making him the second-most expensive player in the club’s history behind Kepa.


But the midfielder has failed to live up to expectations and scored only one goal in the Premier League this term, with both Frank Lampard and Thomas Tuchel struggling to get the best out of him.

But, Havertz was named in Germany’s squad for their World Cup qualifying games and he repaid Joachim Low’s faith with his excellent displays in Group J.

Havertz assisted Serge Gnabry’s winning goal against Romania after scoring in the side’s 3-0 win over Iceland and Gundogan is convinced his fellow countryman will come good.

‘Kai is exceptionally good technically,’ Gundogan told reporters ahead of Germany’s game with North Macedonia. ‘I think it’s great that at his age he had the courage to take the step abroad.


‘He’s played a lot of good games for Chelsea, but it is normal for everything not to work out in the first season.  ‘He has sensational qualities and will make a big statement in the Premier League.’

On Germany’s performances against Iceland and Romania, Gundogan said: ‘We have picked up two wins so I am satisfied, even if the game against Romania was tough. ‘We now want to take the third victory in order to get the maximum number of points.’


Gundogan has been in good form with 16 goals in all competitions for City this season, he added: ‘The Premier League offers the chance to compete against the best players in the world. ‘I had great years in the Bundesliga in Germany but I felt that I wanted to challenge myself.

‘I’m enjoying the season I have had with Manchester City. I’m excited about the way we play football.  ‘The goals have now been added to my game so of course I got more attention.’

1 month ago
Dortmund striker Erling Haaland wants to become the highest paid player in the Premier League this summer as the race heats up to sign the player. The 20-year-old is expected to leave the Bundesliga this summer window, with Dortmund set to make a £130m profit on the Norwegian star they […] 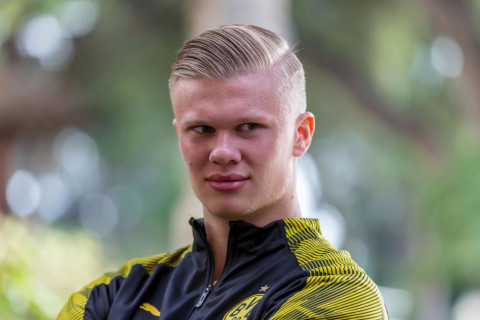