Mikel Arteta has confirmed that he considered leaving Manchester City to take the Arsenal job over the summer but insists he is ‘very happy’ working under Pep Guardiola.

The Spaniard conducted Tuesday’s pre-match press conference ahead of their game against Lyon in the Champions League due to Guardiola’s touchline ban.


However, the north London club eventually decided to go with Unai Emery, and the Manchester City coach insists he is happy to continue his work as Guardiola’s right-hand man.

Asked further on how close he came to joining Arsenal, Arteta continued: ‘I didn’t talk on that moment two, three months ago, and I didn’t make any statement, and I don’t think today is the day to talk about it.


‘You all know something happened but the reality is that I am here and I am very happy.’

Arteta will be in the dugout in Guardiola’s place against Lyon and believes he will take on the position permanently sometime in the future.

He added: ‘If you ask me in the future will I be a coach the answer will be yes, but I am really happy where I am.


‘And I am really enjoying the moment that I am living at the club and I think we are in a fantastic momentum now, and there is still a lot of room for this club to grow so I am very pleased where I am.’

Wed Sep 19 , 2018
Kylian Mbappe – The Frenchman who led his country to their second World Cup success in Russia this summer could have ended up joining Liverpool. Before he left his boyhood club to sign for Paris Saint-Germain, Mbappe was courted by almost every top club in Europe, and could have joined […] 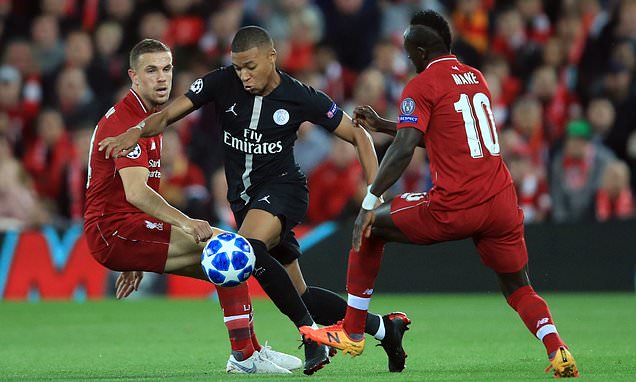