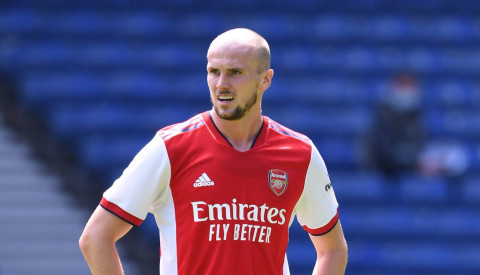 Rob Holding believes Arsenal should see Chelsea as a ‘competitive rival’ despite Mikel Arteta’s side finishing behind Thomas Tuchel’s side last campaign.

The Gunners missed out on European football altogether after they could only finish eight in the Premier League last season.


Meanwhile, the Blues were crowned UEFA Champions League winners, reached the FA Cup final where they were eventually beaten by Leicester City, and managed to secure fourth place in the league.

Arsenal finished only six points behind Chelsea last season and Holding said that the gap between the two London sides is not as significant as the table would suggest.


The Arsenal centre-back also believes that the lack of European football could help the North London team finish higher in the Premier League.

‘I see Chelsea as a competitive rival for us,’ Rob Holding said in an interview with The Guardian.

‘I don’t see them as a team we aspire to be like, and I don’t think they see us that way either. There’s a mutual respect between us and a recent history with FA Cup finals and playing each other in big games.

‘I don’t think that, because they won the Champions League, we need to be more like Chelsea. ‘Our results and league position need to improve, of course, but when we play each other it’s competitive.


‘We’ve got to be aiming to get back in the Champions League. ‘With no Europe this season we’ve got no distractions or fixture congestion and can really focus on our Premier League games.

‘I think Liverpool did the same a few years ago, and Chelsea similarly when they won the league in Antonio Conte’s first year. So it can be a blessing in disguise in some aspects.

‘We’ve just got to think of it that way and hit the ground running.’

2 months ago
Marcus Bettinelli wants to help Chelsea ‘as much as possible’ after completing a ‘dream’ move to Stamford Bridge. Bettinelli joins Chelsea on a free transfer after leaving west London rivals Fulham at the end of last campaign. He spent almost 15 years at Craven Cottage, playing 120 matches for the […] 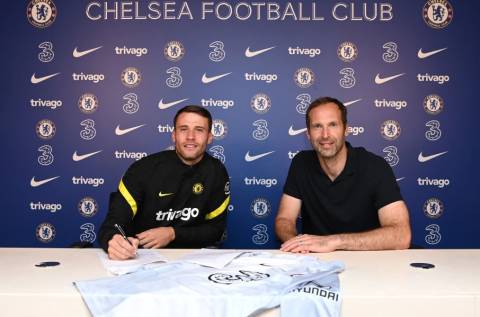