Having spent nine years locking horns with an eternal rival in La Liga, an important figure at Camp Nou now finds himself freed of a long-running duel in Spain.

With Ronaldo having made a €112 million move to Italy, the path has now been cleared for a five-time Ballon d’Or winner to monopolise a domestic stage.


Messi believes Barcelona can take advantage of that, with Clasico foes Real Madrid not the force they once were, but is also aware that a quest to win the Champions League could be disrupted by Juventus.

The Argentine forward told Catalunya Radio: “Real Madrid are one of the best teams in the world and they have a great squad [but] it’s evident that the absence of Ronaldo makes them less good and makes Juventus [one of the] clear favourites to win the Champions League.”

Messi added on Ronaldo’s surprising departure from the Santiago Bernabeu: “It surprised me [when he left].

“I didn’t imagine him leaving Madrid or joining Juventus. There were a lot of teams that wanted him. It surprised me, but he has gone to a very good team.”


While shocked to see Ronaldo head for pastures new, Messi is happy to have seen fresh faces arrive at Camp Nou.

Arthur, Clement Lenglet, Malcom and Arturo Vidal have joined the squad at Barcelona and are considered to have raised the collective quality of the team.

Messi said: “I didn’t know much about Arthur before [he joined], but he’s really similar to Xavi.

“He’s really safe and reliable [on the ball]. He has the style of a player that’s come through La Masia. He plays well over short distances, he doesn’t lose the ball… He’s got to grips really quickly with the team’s dynamic.”

Barca’s new-look squad have made a flying start to the 2018-19 season, with an 8-2 mauling of SD Huesca in their last outing allowing them to sit at the top of the Liga table.


Real have also collected maximum points from their three matches to date, with the Blancos hoping to prove that they challenge for the crown despite bidding farewell to Ronaldo.

Pogba confirms he could leave United in January

Thu Sep 6 , 2018
Paul Pogba has confirmed he could leave Manchester United in the January transfer window. The midfielder, who helped France win the World Cup earlier in the summer, is said to have a bad relationship with Jose Mourinho. After returning to Old Trafford from Juventus in 2016, Pogba’s second spell at […] 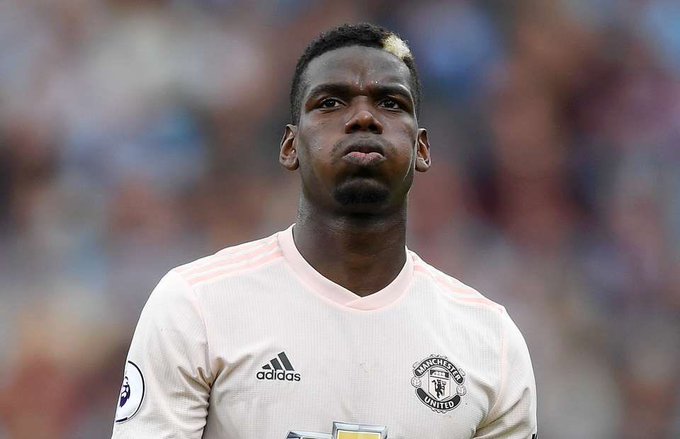