Romelu Lukaku has been accused of possessing the worst touch former Manchester United star Lee Sharpe has ever seen from a forward.

The Belgium international frontman has seen his form criticised over recent weeks, with a goalless run having been stretched to eight matches.

Lukaku’s contribution to the collective cause has been severally questioned, with it suggested that he offers little to the team when failing to find the target.


Sharpe has echoed that sentiment, with the ex-United winger left less impressed by what the 25-year-old is delivering.

He admits that a man who helped Belgium to a third-place finish at the 2018 World Cup has not seen enough rest this year, but feels he should still be offering more to inconsistent United.

“If your centre forward can’t hold the ball up, it makes it a very hard game.

“He’s saying he’s played a lot of football at the World Cup and since and that he’s feeling it.


“I think the best thing would be to give him a rest. Send him off on holiday for a couple of weeks.”

United are unlikely to give a break for their £75 million striker as they need him to rediscover his form on the field and help to reignite their 2018-19 season.

Improvement is clearly required across the board, but the manager has refused to place any of the blame for the club’s current struggles on his No. 9.

Mourinho told reporters when asked about Lukaku’s form on the back of a 1-0 European loss to Juventus: “No criticism at all. But I have to agree his moment is not sweet.

“A complete understanding that the player is a fantastic professional that wants to give everything.


“Not just with the goals he is not scoring but also in his confidence, in his movement, his touch. He is not linking the game well with the team.

“But he is our striker and he is a good striker we believe in. Could I play [Marcus] Rashford there? But then I don’t have a winger as in this moment we have a difficult situation.

“Romelu is a hard-working guy and a good professional. One day the goals will arrive and the confidence will be back.”

Thu Oct 25 , 2018
Former Chelsea head coach Antonio Conte has not yet been approached by Real Madrid, according to his brother and agent Daniele. Madrid’s current manager Julen Lopetegui is under intense criticism after the team’s poor start to the campaign. According to reports, Conte is one of Madrid’s main candidates to replace […] 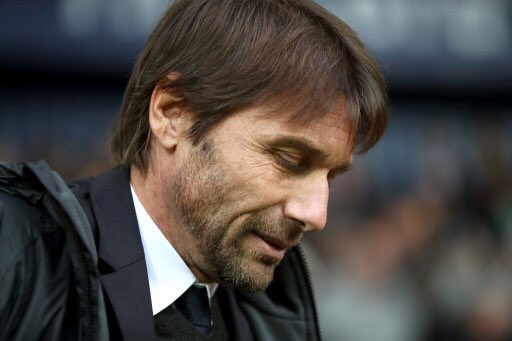