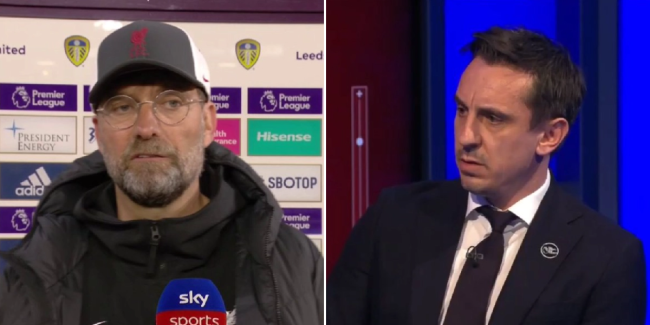 Gary Neville has hit back at Jurgen Klopp after the Liverpool manager slammed the Sky Sports pundit over his criticism of the club’s sign-up to the Super League and accused of him of ‘always going where the money is’.

The former Manchester United defender gave a passionate speech on Sunday blasting the breakaway league, taking particular umbrage with both his old team and Liverpool for being the driving forces.


Neville questioned how a team with ‘You’ll Never Walk Alone’ as it’s motto and anthem could leave behind the rest of the Premier League and Klopp was angry with the comment, rounding on the pundit after the 1-1 draw with Leeds on Monday.

‘Gary Neville speaks about You’ll Never Walk Alone – that at least should already be forbidden, to be honest,’ the German coach told Sky Sports.

‘Because we have a lot of rights to sing that anthem, it’s our anthem and not his anthem. And he doesn’t understand it anyway so I really don’t want these kind of things because it’s not fair.

‘I understand all the talks around [the Super League] and I don’t like it as well, but I don’t talk about other clubs now like this.

Neville was shocked by the attack on his own moral credentials and fired back at Klopp as well as defending his criticism of Liverpool.


‘Why? Why’s it not fair? I mean, I’ve handed enough insults out over the years to Liverpool. Yesterday was nothing to do with insulting Liverpool football club,’ said the United legend.

‘I don’t know why I’m living in his head to be honest with you. I don’t know what spiked him. Yesterday was an impassioned plea from me about protecting football in this country and my biggest disappointment was with Manchester United and Liverpool. And I think I’ve equally distributed enough criticism to both clubs in the last 24 hours.

‘So I don’t know what his problem is. He talks about a hotseat, I had a 25-year career at Manchester United, 11-year career at Sky, and I’ve worked hard for that. I’ve not been handed that, I’ve not gone where the most money is. I didn’t have choices. Sir Alex didn’t sort of say, “Gary do you want to stay here?” every single year. So I have no idea what he’s going on about.

‘I employ 600 people in a city. I’ve tried to look after them in a pandemic – is that not a hot enough seat for him? He’s done a great job at Liverpool, I’ve got no problem with Jurgen Klopp, I loved his team, but the fact of the matter is he’s spiky, he’s been let down by his owners, his owners have thrown him under a bus.


‘That man, to be fair, we’re on the same page, we’re actually on the same team. But the fact of the matter is he can’t say what he wants to say and I can. And I accept that because the Jurgen Klopp that we know, that the Liverpool fans know, he hates every single little thing about [the European Super League]. More than I do, more than you [Jamie Carragher] do, because it goes against everything he’s believed in and he’s been let down by his owners.’

Chelsea, Man City & Madrid 'to be expelled from the Champions League'

2 months ago
Chelsea, Manchester City and Real Madrid will be kicked out of the Champions League by Friday, according to the chairman of the Danish FA. The three big sides are among the 12 clubs to have confirmed their plans to form the European Super League, a move that has been met […] 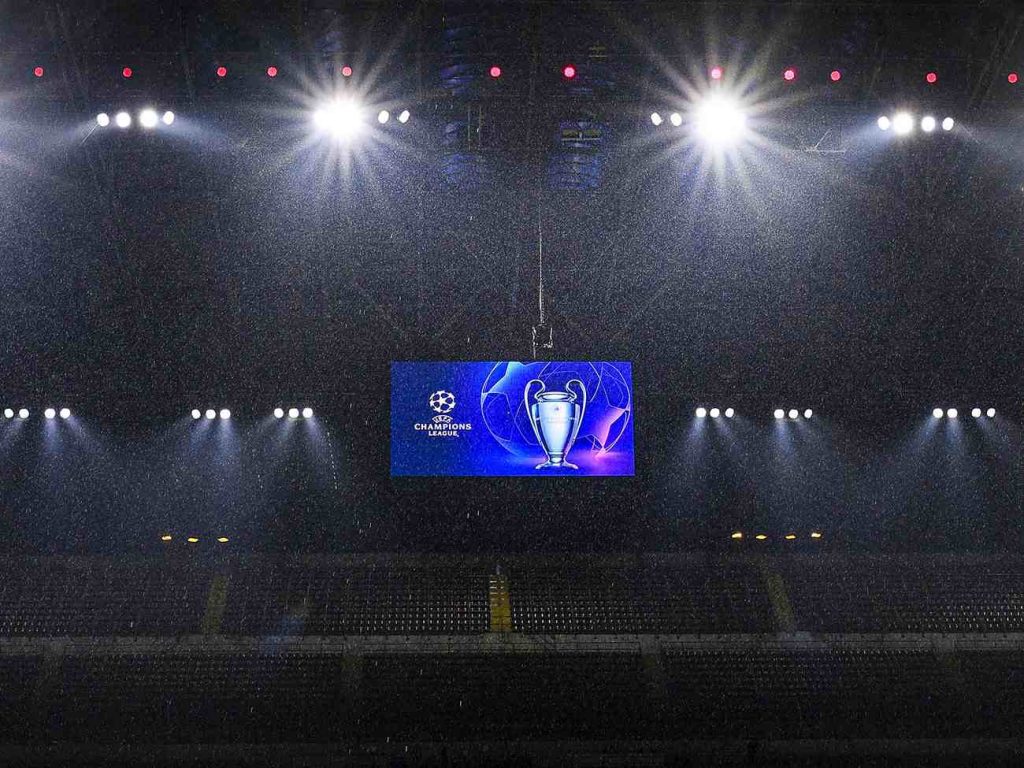