Jose Mourinho is hopeful Romelu Lukaku injury is not serious after the Belgium international hobbled off in their 2-1 win against Arsenal.

Lukaku went down in pain from a tackle in the second half at Old Trafford, and received treatment on the pitch.


Lukaku was then replaced by Mourinho, who sent Marcus Rashford on in his place before United secured a late 2-1 victory.

And the United manager suggested Lukaku may not be okay to return in time for the FA Cup final against Chelsea.

He said: ‘I hope it is not something that immediately puts him out of a game in three weeks, but I don’t know.’

United will be praying the injury is not a serious one with a massive FA Cup final with Chelsea at Wembley on May 19.


Lukaku is United’s top scorer this campaign scoring 27 goals in all competitions.

United have back-to-back away games in the Premier League before they welcome Watford to Old Trafford on the final game of the season.

REVEALED: How Tottenham or Chelsea could miss out on Champions League if they finish fourth

Tue May 1 , 2018
Despite top four in England looking nearly finalised, there is a nightmare happening for either Tottenham or Chelsea that could see one of the both teams miss out on Champions League football even if they finish fourth. Should both London teams finish above Liverpool in the top four, and Liverpool […] 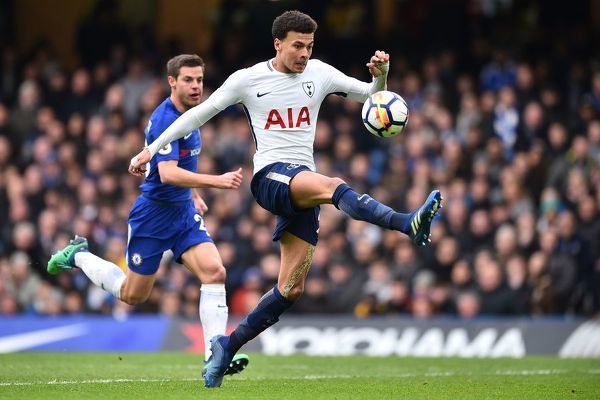