Manchester United are looking to sign Real Betis left-back Junior Firpo in a €30 million (£26m) deal, according to some reports in Spain.

United manager Gunnar Solskjaer wants to strengthen his defensive options in this transfer window and is targeting all areas of his back line.

After making his senior debut last year, Firpo has now established himself as the first-choice left-back at Real Betis and helped the club to a 11th place finish in La Liga this campaign.


According to AS, United are now willing to make a bid of around €30m (£26m) to Betis in order to bring Firpo to Old Trafford.

But the report also claims that the 22-year-old is also being monitored by Spanish giants Real Madrid, who are in the market for Marcelo’s long-term replacement.

When asked about his future this month, Firpo told COPE: ‘Now I’m focussed on Betis and we’ll see what happens in the summer.’

Firpo signed a new deal with Betis last summer window which runs until 2023 and includes a £44million release clause.


Firpo was born in the Dominican Republic, but is expected to represent Spain this summer at the European Under-21 Championship in Italy and San Marino.

BREAKING: Sarri reaches agreement to become the next Juventus manager after Guardiola snub

Sat May 25 , 2019
Chelsea head coach Maurizio Sarri has reportedly agreed a three-year deal to become the new Juventus manager – after Pep Guardiola turned down the Italians. The European giants are on the look out for a new manager after the announcement that Massimiliano Allegri will step down at the end of the campaign. […] 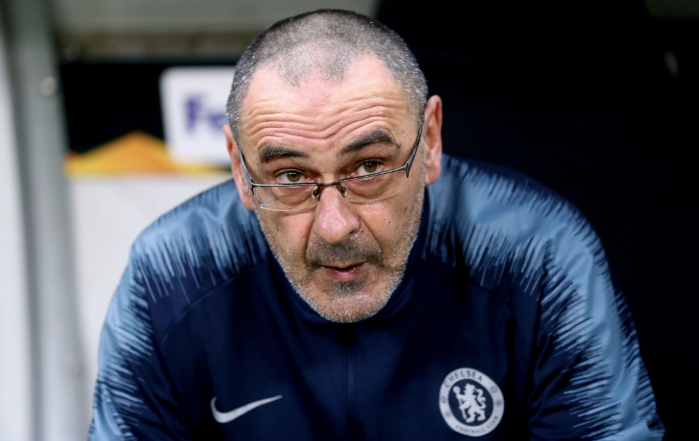