Nemanja Matic concedes he tried to make Manchester United boss Jose Mourinho ‘angry’ by taking Serbia to the next stage of the World Cup.

Before the tournament started, Mourinho joked that he wanted Serbia to get knocked out early because the midfielder ‘needs a holiday’.

Serbia beat Costa Rica in their opening World Cup match but defeats to Switzerland and Brazil saw them exit the tournament.


‘I saw that Mourinho said that he wanted me to go home early,’ Matic, who joined United from Chelsea last summer, said.

‘I tried to make him angry! I tried to get Serbia to the group stages, but unfortunately we are out of the World Cup.

‘Of course, he wants his players to be fresh for a good pre-season because, as you know, English football is very hard.

‘We have a long championship, we have the Champions League, we have two cup competitions so I understand it, but I gave everything to get us through the group stage.’

Meanwhile, fellow United midfielder Marouane Fellaini has committed his future to the club by signing a new two-year deal.


After signing a deal that will keep him at the club until at least 2020, Fellaini said: ‘I made this decision because I am very happy here.

‘I feel like this team, under Jose, still has a lot we want to achieve. I would like to say a special thank you to Jose for the faith he has always shown in me.’

Sat Jun 30 , 2018
Chelsea are in talks to sign Aleksandr Golovin from CSKA Moscow and are interested in replacing Thibaut Courtois with Alisson. Golovin has been spectacular in Russia’s unexpected run to the last 16 of the World Cup and is in line to face Spain on Sunday, while Alisson is Brazil’s first-choice […] 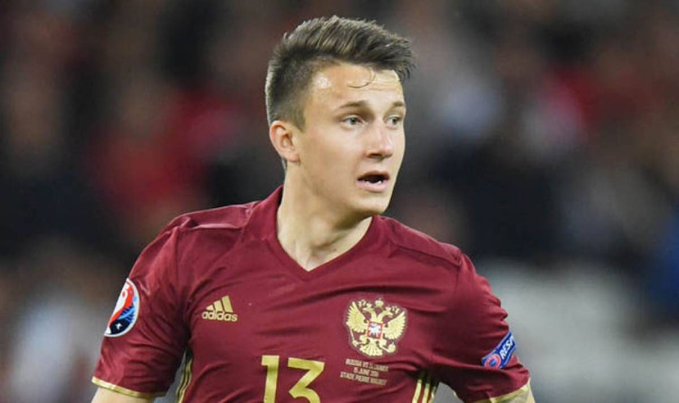