Nemanja Matic has said that he has no issues with Ole Gunnar Solskjaer but says the Manchester United manager will bear full responsibility if the club do not challenge for the Premier League title this season.


Matic has found himself out of United’s starting lineup this campaign, with the 31-year-old making his first appearance off the bench just last week.

With Ole Solskjaer preferring a central midfield combination of Paul Pogba and Scott McTominay, Matic’s future has been thrown into a huge doubt.

Speaking ahead of Serbia’s Euro 2020 qualifier against Portugal on Saturday, Matic – who arrived from Chelsea in 2017 said: “In the first two or three games he determined the team without me.


“I work as hard as I can, we respect the decision, it is up to me to show him that he was wrong and to bring me back to where I belong.

“There is no problem. I told him I disagreed with him, but that he had to decide the team.”

He added: “I have been in football for a long time, I have played almost all the games for all the clubs in the last 10 years.

“In order for me to play, one had to sit on the bench and accept that fact, and so do I now. The coach must opt for the team that will fight for the title, and if he does not win, he bears the responsibility.”


Matic is preparing to play his first Serbia game since the country’s 2-1 win over Montenegro in the UEFA Nationals League as Serbia welcome Portugal to Belgrade with the Balkan nation third in Group B, six points behind Ukraine and two clear of Saturday’s visitors.

“We see every success as euphoric, and every failure as a tragedy,” Matic said. “We have such a mentality, temperament, it’s hard to change that.

“But now let’s go to the European Championships. It would be very important for our football, we haven’t been there for a long time. Finally, we connect two major competitions.”

Fri Sep 6 , 2019
Lionel Messi has “earned the right” to break his Barcelona contract if he wants to, says Gerard Pique, but nobody at Camp Nou is concerned about such a decision being taken. It has been revealed by El Pais, with Goal able to confirm the reports, that the Argentine forward has an exit clause in his […] 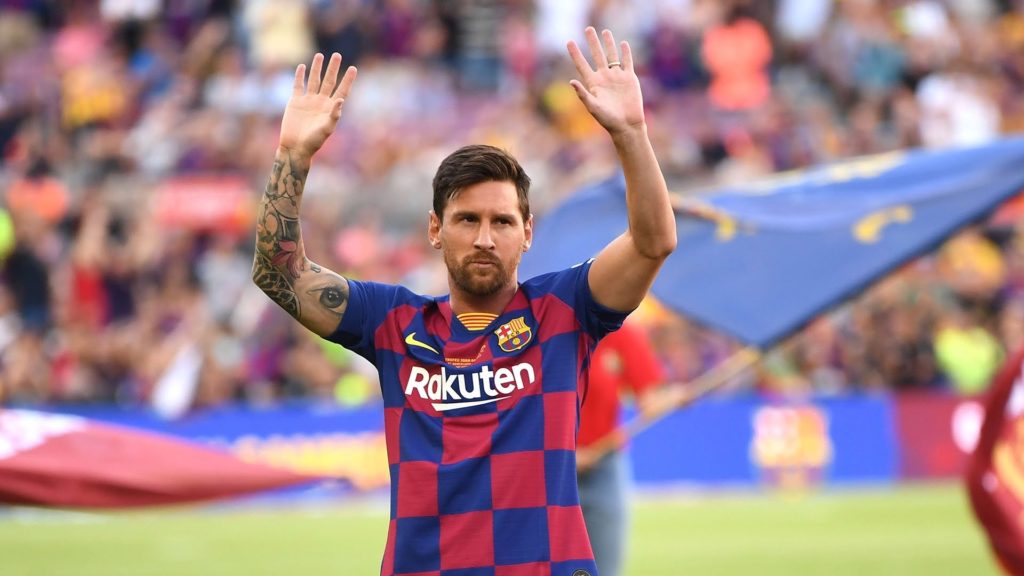