The two players started in midfield for Solskjaer’s side in the League Cup quarter-final against Everton at Goodison Park.


United started the game well, dominating the first 20 minutes and creating a number of good chances though they were unable to put them away.

And there appeared to be some frustration between two players with Matic and Fernandes engaging in some heated words in the league cup game.

It ended with the Serbian midfielder shoving his team-mate before shouting towards the manager Ole Gunnar Solskjaer and the rest of the club’s bench.

Meanwhile, It’s not the first time January signing Bruno Fernandes has been involved in an on-field argument with a team-mate at the club.


During the Europa League semi-final clash with Sevilla in August, the Portugal international clashed with Victor Lindelof following a goal for their opponents.

While explaining that incident, Fernandes said: “It’s normal when you concede. It’s not about me or Victor. What happened between me and Victor is normal. “It will happen many more times in football. We need to see the mistakes everybody did and improve.”

And United manager Solskjaer played down that row, saying that it was just a heat of the moment incident.


Fernandes has been the Red devils’ best player since joining at the beginning of the year, though Solskjaer believes the good performances have worked both ways.

He said: “I think it’s gone both ways. Bruno has come into the club, seen how many good players there are at Manchester United.

“I think we’ve helped him and how his attributes are as well. It’s been a good little relationship blossoming and he can also feel we help him improve.

“He’s come in and lifted everyone and it’s been a very, very good start so far.”

5 months ago
Ian Wright has urged Mikel Arteta to start putting his faith in the young talent over players like Willian, Sead Kolasinac and Shkodran Mustafi and believes the gunners’ upcoming games with Brighton and West Brom are ‘must-win games’. Arsenal are hovering just four points above relegation after losing eight of […] 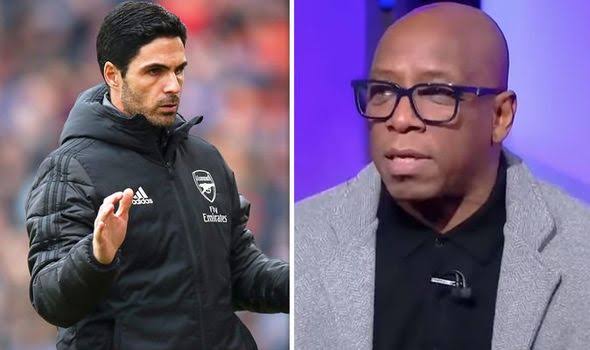