Maurizio Sarri distanced himself from the rumours surrounding Eden Hazard and Thibaut Courtois during his opening press conference as Chelsea head coach.

Both Hazard and Courtois have been heavily linked with moves to Madrid this summer and both players are are yet to return to London after Belgium’s World Cup campaign.

Chelsea have set an asking price of £200million for Hazard, while Courtois could complete a move to the Bernabeu for a fee of around £31m ahead of the 2018/19 campaign.


Sarri claimed on Wednesday that transfer rumours ‘bore’ him, but did concede that it’s important for Chelsea to hold onto their top players.

Asked about the speculation surrounding the future of Hazard and Courtois, Sarri said: ‘Clearly we would always like to keep our strongest players.

‘I must clarify I feel much more a pitch manager than a general manager. 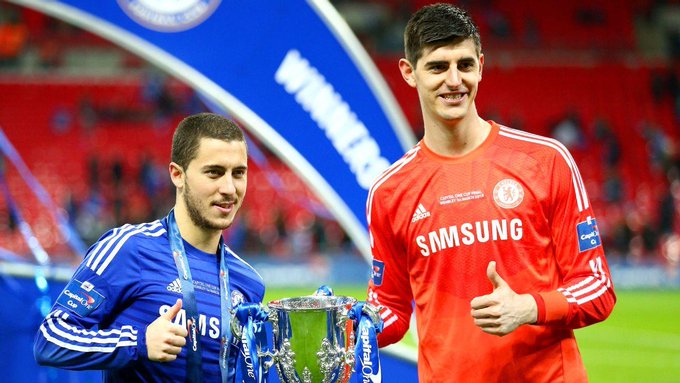 ‘I think that I’m one of a few managers who is bored by the transfer market. I don’t want to talk about it and I’m not that interested in it.

‘Our task as managers is growing the players we have.’

Sarri revealed that he will not be calling Hazard to dissuade him from joining Madrid.

‘I don’t think so, honestly,’ the former Napoli boss said.

‘Because the players you are referring to are clearly very high level players and I would like to keep them in my squad.


‘But a telephone call without looking them in the eyes would not give me any certainty. I want to meet them face-to-face and talk to them and see what the best thing to do would be for everybody.

‘Before that I would also like a player to come on the pitch with me for four or five days to get a clear idea of what the picture is.’

Dries Mertens was deployed as a central striker under Sarri at Napoli but Chelsea’s new boss believes he will have a different challenge with Hazard.

‘Hazard is a very high level player and I think he’s one of the top two European players,’ he said.

‘Obviously I would like to have fun during the week together with him and also Sundays because this would mean we have had a good result.


‘I hope that I will manage to improve him. This is very difficult considering he’s reached a high level. With Mertens it was different.

‘Dries had always been an external striker and everybody thinks by necessity he reached a very high level. Dries improved with me but he started at a lower level than Hazard.’

Wed Jul 18 , 2018
Roma goalkeeper Alisson has arrived in England on Wednesday evening to complete his £67 million move to Liverpool. After submitting a £62m offer on Tuesday , Liverpool have moved to agree a world-record £67m deal with Roma for the Brazil international. Alisson had been on holiday in Sardinia after Brazil’s […] 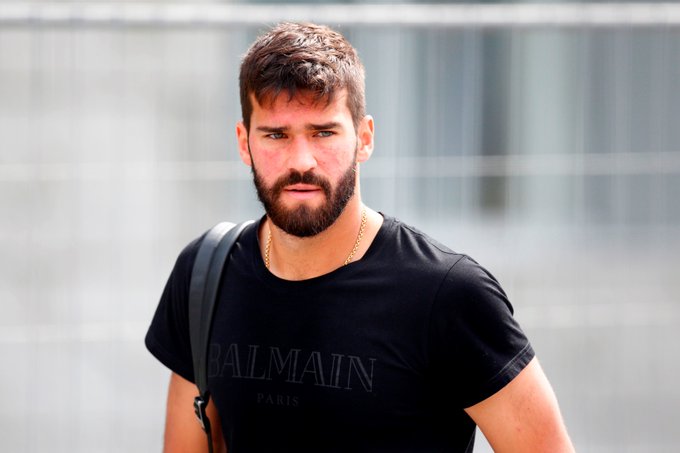