Juventus manager Max Allegri is confident Cristiano Ronaldo will find his scoring touch for Juventus after the Portuguese extended his wait for a Serie A goal to 270 minutes.

The 33-year-old, who swapped Real Madrid for Juve over the summer in an £88million switch, has played all three games for the club so far this season and attempted 23 shots – more than any other player

But he is yet to open score a goal for his new club, and Allegri believes even a player as great as Ronaldo will need time to adapt to football in Italy.

‘He’s not getting the rub of the green at the moment either – the ball is not bouncing right for him or he’s shooting just off target.

‘We’ll all be fresher after the break and that’s when the real season starts.’

He continued: ‘Serie A is a league where the teams defend carefully. I don’t want to say that it’s better than other leagues in Europe or not. Let’s just say that the teams are very strong in defence and the coaches are very good.

‘They study every match to try not to concede space to the other teams. Everyone puts Serie A down but it’s very difficult for a player to score 40 goals a season. [Gonzalo] Higuain did it once, but was an extraordinary feat.

Sun Sep 2 , 2018
Jose Mourinho said Marcus Rashford looked like a ‘naive boy’ after being sent off for a headbutt during Manchester United’s 2-0 win over Burnley. The England international received the first red card of his career after an incident involving Phil Bardsley at Turf Moor. With United already leading 2-0 thanks […] 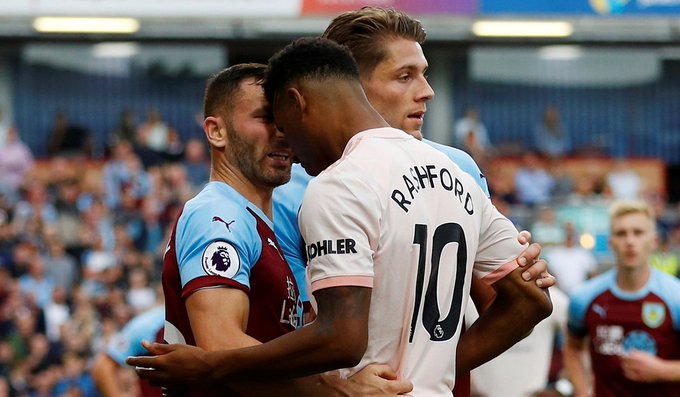