Michael Owen fears Manchester United striker Marcus Rashford is not a natural goalscorer and never will be, which may be an issue for the coach.


The 21-year-old will spearhead Ole Gunnar Solskjaer’s attack this campaign after the United boss sanctioned the sale of Romelu Lukaku, believing the Belgium international was not suited to the high intensity brand of football he intend to implement this campaign.

Rashford started the new season with two goals in a 4-0 thrashing of Chelsea but has failed to find the back of the net in the three matches since.

The England international missed a penalty in the shock 2-1 home loss to Crystal Palace and Solskjaer was said to be increasingly frustrated with Rashford and Anthony Martial’s inability to score goals.

‘I don’t think scoring goals is what he goes to bed craving,’ said Owen. ‘I think it is overall performance, chipping in with goals, assists, everything.


‘He is a better all-round player than me. He has a great touch and all-round skill that I never had, but he hasn’t got the killer instinct that I had. I was just obsessed.

‘I know Rashford was never a centre-forward as a kid. He always wanted to play wide or as a number 10 and I know his coaches at the Man Utd academy were always encouraging him to follow the ball in, get tap-ins.


‘He will always score a decent number of goals but when you mention Aguero, that cold-blooded constantly thinking about goals, I don’t think (he has got that).’

'Salah is obsessed with finishing': Arsene Wenger hits out at Liverpool forward for being too greedy

Sat Sep 7 , 2019
Former Arsene Wenger has given his verdict on the Mohamed Salah-Sadio Mane saga, believing the Egypt forward is “too obsessed” with scoring and needs to improve his decision making. Liverpool head coach Jurgen Klopp was forced to play down Mane’s angry display after being substituted in the 3-0 victory at Burnley last week. […] 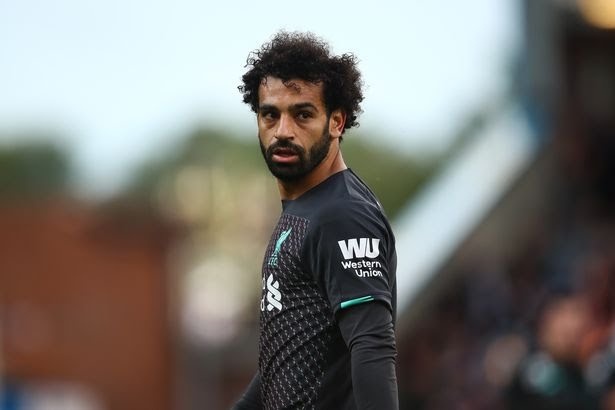