Jose Mourinho couldn’t resist aiming a dig at Jurgen Klopp after the Liverpool boss was named Best FIFA Men’s Coach for the second year in a row, saying Hansi Flick’s ‘only chance’ was if Bayern had won seven titles.

Klopp, who led Liverpool to their first Premier League in 30 years, beat off competition from Marcelo Bielsa and Flick to win the award at the Best FIFA Football Awards ceremony which held in Zurich.


Many expected Bayern manager Flick to come out on top because he steered his team to five pieces of silverware last season, including the UEFA Champions League and the Bundesliga.

And a shocked Mourinho questioned how the German coach beat ‘poor’ Hansi Flick to the prestigious award.

‘I think the only chance for Flick to win is that Bayern find two or three new competitions for him to win,’ the Tottenham manager said.

‘So maybe if he wins seven titles in one season, maybe he wins the award. ‘I believe he only won Champions League, Bundesliga, Pokal, the name of their [domestic] cup, European Cup, German Super Cup… he only won five, and the biggest one of all.


‘Poor Flick! I think the only chance is for Bayern to find two or three more trophies to see if he can win it.’

Meanwhile, Mourinho took to Instagram to congratulate Son Heung-min after he picked up the 2020 Puskas Award at Thursday’s ceremony for his outstanding solo effort against Burnley.


Describing the goal, Son told host Ruud Gullit: ‘I received the ball in my own box and it was the best option to pass, but I couldn’t find any options.

‘I started to dribble and, after two seconds, I was in front of the goal. ‘I was really surprised and it was such a beautiful goal.’

The South Korean laughed: ‘I’m not blaming my team-mates! They should give me more options! No, I’m joking. ‘Because of that I made a great run, great goal so it’s great for the team-mates as well.’

5 months ago
Frank Lampard has revealed Chelsea have no regrets over allowing Declan Rice to leave amid ongoing speculation they could look to sign him back from West Ham in the January window. According to reports, the blues would consider a mid-season transfer move for Rice if the Hammers softened their stance over the £80m […] 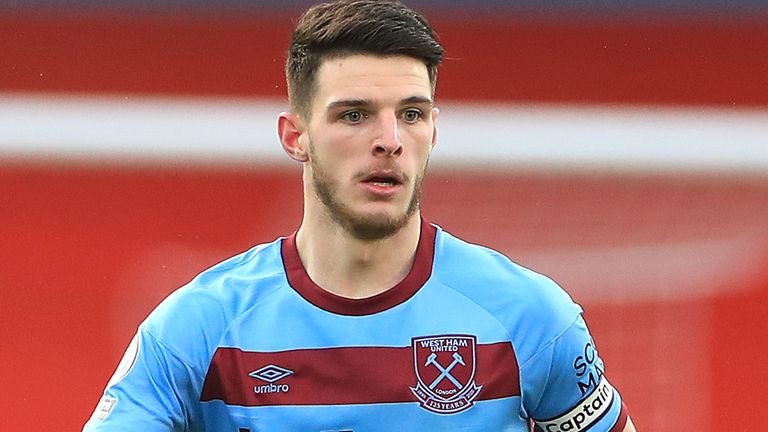