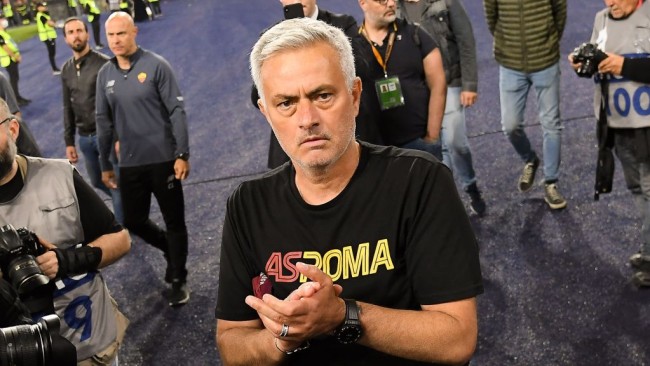 Jose Mourinho has suggested Manchester United are not expected to win titles and that the pressure placed on him to win silverware – at Old Trafford and Tottenham – was unrealistic.

United have not won the Premier League title in nine years, since Sir Alex Ferguson’s final season in charge in 2013, while their only other trophy outside of Mourinho’s reign was secured by Van Gaal in the FA Cup in 2016.


The Dutchman was sacked shortly afterwards and replaced by the Special One, who would go on to win the Community Shield, Carabao Cup and Europa League – which is the last trophy the Red Devils have picked up in a barren five years.

Mourinho was sacked in December 2018 with United 11 points adrift of the top four and suffered a similar fate in his next job at Spurs, failing to qualify for the Champions League and sacked from his role a few days before the Carabao Cup final.


That led to suggestions that the Portuguese coach might be too outdated for modern football, but he has enjoyed a renaissance with Roma and led the Italian side to the final of the Europa Conference League – their first European final in 31 years.

Carlo Ancelotti, who is three years older than him, faced similar criticism to Mourinho when he was at Everton, but is now in the final of the Champions League with Real Madrid and has already won the La Liga.

Asked if both he and Ancelotti had silenced their critics, Mourinho flipped the question on its head and suggested the issue was never with their coaching ability but, rather, the clubs they were at.

He explained: ‘I believe that the problem with Carlo Ancelotti was that when you coach Everton you are not about to win the Champions League!


‘And with me, you know, people they saw me taking up jobs where they thought that I could win trophies but they were not jobs where we were expected to lift trophies.

‘But when you have such a winning career on a cyclical basis so to speak, you can expect that, people can say that.

‘Personally I’m not worried about this [being replaced by younger coaches]. I do not think and focus on the generations, I focus on quality.’

‘But we are the ones who will call it when we want to stop, and I’m afraid people will have to wait a long time before I say that it’s over!’


He said: ‘Sir Alex Ferguson coached Manchester United for more than 20 years I believe. I am 59 years old right now, so plus 20 years would be 79 – probably a bit too much! It would be difficult. Maybe until I’m 70.

‘But I understand your question. I like it here very much. You can see it, you can feel it. I accepted a project whose profile was different to my previous ones, it was a three-year project.

‘We will see afterwards. I will stay here for three years, I’m not even thinking about leaving earlier.

‘But sometimes, with time, projects get closer to what you think and sometimes they get further away, but football is today. So now I’m here, next season I will be here, and then we’ll see what happens. This is the most honest way I have to reply to your question.’

1 month ago
Juventus sporting director Federico Cherubini has travelled to London for negotiations with Arsenal over a deal for Gabriel Magalhaes, according to reports in Italy. Juventus are in the market to replace Giorgio Chiellini, who is leaving the Italian club after 17 years this summer. According to Corriere dello Sport and […] 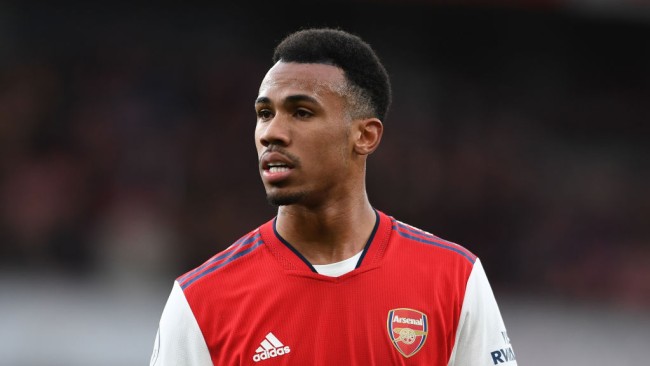