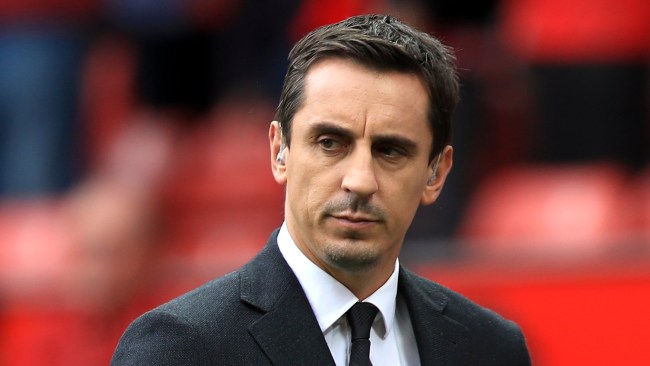 United made a disappointing start to the new Premier League campaign, with Palace taking an early lead through Andros Townsend on Saturday.


A penalty and retake, saw Wilfried Zaha double Palace’s lead and, despite Donny van de Beek getting one back for the Red devils, Zaha added a third for his club late on to seal a 3-1 win.

Palace’s pacey attack looked devastating on the counter but Neville was unhappy with the defense and does not believes a partnership of Lindelof and Harry Maguire is good enough, saying they have no chance of winning the title unless they sign a fast centre-back.

‘One of the areas that Manchester United are going to try and strengthen is centre-back and it has to be a quick one. Someone who can defend one-on-one,’ said Neville during commentary for Sky Sports.

‘[Jordan] Ayew and Zaha will fancy it against Lindelof and Maguire one-on-one. But you look through all the best centre-back partnerships down the years, they’ve always had a quick one in amongst them.’


After Zaha bodied Victor Lindelof and buried his second goal of the game, Gary Neville continued his rant: ‘Well I think he’s had the beating of those two Manchester United centre-backs all day.

‘He’s got them exactly where he wants them. He’s just not strong enough there Lindelof. It’s a 50/50. It’s weak!


‘You can talk about Jadon Sancho all you like, but until they get a centre-back in who can run and defend one-on-one, you’re never going to win a league.

‘They’re not going to win the league with that centre-back pairing. They have to get a mobile, quick, dominant centre-back in alongside Lindelof or Maguire. Their defending has been better since Christmas, no doubt, but you’re talking about going up a level.’

9 months ago
Zinedine Zidane has given his thoughts on Gareth Bale’s move to Tottenham on a season-long loan. The French manager hasn’t ever had the best relationship with the forward and it shows with his reaction to the transfer. The Welshman fell out with his Zidane last campaign and was frozen out […] 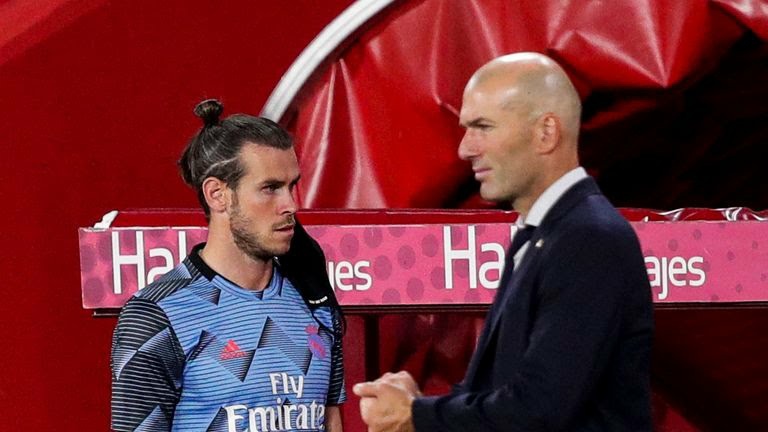