Emre Can reportedly did not leave Liverpool because of a wage issue, but because the midfielder has a disagreement with Jurgen Klopp about his best position in the team.

Juventus are set to complete the signing of Can on a free transfer, with the Germany international touching down in Turin on Thursday to have his medical.


Pictures of Can arriving at Juventus will be a big blow to many Liverpool fans who were hoping their club could convince the 24-year-old to stay.

Can ran down his contract, rejecting multiple offers from Liverpool, but his exit was not because they could not meet his wage demands.

The Mirror claim Can decided to leave because of a ‘developing professional issue’ between the player and Klopp.

Klopp wanted Can to stay, but is not sad to see him go after a campaign of disagreement between the pair and the club were comfortable allowing the midfielder to walk without a fight.


There is no personal issue between Klopp and Can, but they could not agree on what position he was best.

Can wanted to play as a midfield anchor and felt he should compete with captain Jordan Henderson for the position.

But, Klopp preferred to use Can further forward as a No.8, which would put the midfielder in competition with Georginio Wijnaldum, Naby Keita.

Can wanted a No.6 role and has departed Liverpool convinced Juventus will agree to play him in his admired position.

Juventus’ Rodrigo Bentancur will be Can’s biggest competition at the club as they both battle to partner Miralem Pjanic.


Liverpool have already replaced Can withvFabinho from Monaco in a £43.6million deal.

Fri Jun 22 , 2018
Sergio Aguero has taken a swipe at Argentina boss Jorge Sampaoli after the defeat to Croatia on Thursday. Argentina’s hopes of reaching the last-16 stage are now in the balance after they were beaten by Croatia in Nizhny Novgorod. After the defeat, Sampaoli took responsibility for the result and conceded […] 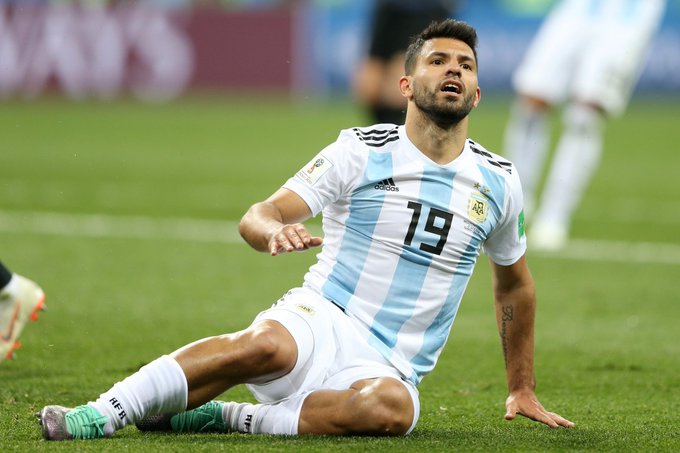