Juventus forward Cristiano Ronaldo has failed to break into the 2018-19 Serie A Team of the Year after his worst goal-scoring record in a decade.

That’s poor when compared to Ronaldo’s best-ever total of 61 strikes for Los Blancos in the 2014-15 season.


Now, his comparatively disappointing campaign has seen him miss out on the 2018/19 Team of the Year in Seria A as Duvan Zapata is joined by Josip Ilicic and Dries Mertens in the attacking positions instead.

In fact, despite winning their eighth Serie A title in a row only two Juventus players made the list – Joao Cancelo and midfielder Miralem Pjanic.


Inter Milan’s Samir Handanovic made the goalkeeper’s spot, with Napoli’s sought-after dedender Kalidou Koulibaly in the heart of defence.

Napoli star Fabian Ruiz and Papu Gomez – one of three Atalanta players in the team – join Pjanic in the midfield trio.

But five-time Ballon d’Or winner Ronaldo, 34, will still be disappointed to miss out on the team.

After all, a return of 28 goals in 43 matches would be regarded as a strong campaign for most players – such is the high standard set by the Portugal international.

Another surprising omission from the line-up was Sampdoria striker Fabio Quagliarella – who led the Italian league in goals scored with 26.

Mon May 27 , 2019
Eden Hazard believes victory in the Europa League would be a fitting farewell to Chelsea if he eventually leaves this summer window. Tomorrow’s Europa League final against Arsenal could be the Belgian’s last match before a £90million transfer to Real Madrid. When asked if winning a trophy would be the […] 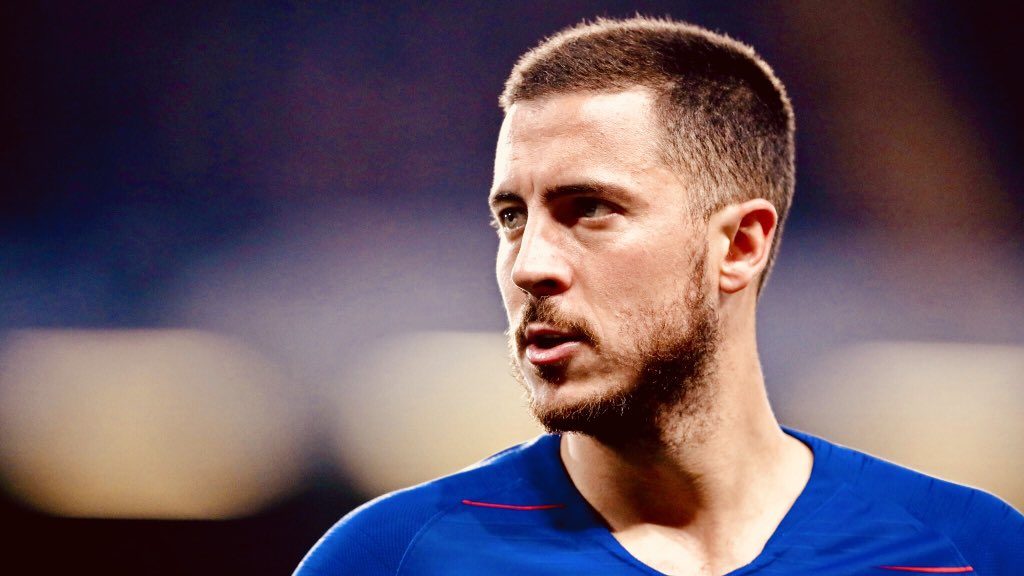