The Blues were made to rue their missed chances after Javier Hernandez brought the game level, though Cesar Azpilicueta handed them a first-half lead, in what was the first league game Chelsea had failed to win under Conte when being ahead at half-time.

Rudiger was unhappy with his team’s forward line for failing to secure the win and he slammed the teammates for letting their level ‘drop’ more.


‘I think we begged. We begged for the goal,’ Rudiger told Sky Sports after the game.

‘I think in the second half we can finish the game. But like the last few months we didn’t and we concede.

‘For me, it’s not easy to explain. I don’t understand why after 1-0 we always drop and let the opponent get more ball possession.

‘Definitely. Like the last weeks again, we give them a gift. I think that was the first chance they have.’

In the first match after Chelsea legend Ray Wilkins’ death, Rudiger lamented that they couldn’t give him a proper send off he deserved.


‘Yes of course, it’s sad we didn’t give something back to him,’ he added. ‘Sorry for that.

‘The thing is we have to look we have start to play good football and win games. If you don’t win games there’s no top-four, it’s easy.’

Mon Apr 9 , 2018
Liverpool are interested in signing Marouane Fellaini and have offered the Belgian a three-year deal, according to L’Equipe. The Belgium international has endured a mixed spell at Manchester United since joining in 2013 and has helped the club to win the FA Cup and Europa League, but is yet to […] 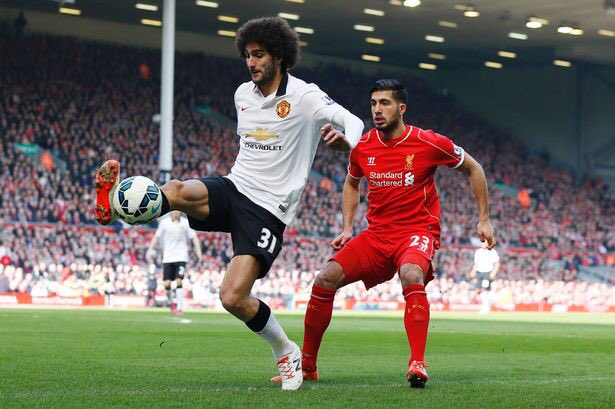