Antonio Rudiger was angry with his Chelsea team-mates for the performance against Everton and branded their second-half showing as ‘unacceptable’.

The Germany defender was part of the team that went down 2-0 to Marco Silva’s men after goals from Richarlison and Gylfi Sigurdsson, leaving Chelsea three points below Arsenal in the race to finish top four.


After putting in a good first-half performance, Chelsea were disappointing after the break – something that confused head coach Maurizio Sarri.

But Rudiger was less diplomatic than his boss and took aim at his teammates for the manner of the loss.

‘It was the same against Wolves, but this time we lost,’ Rudiger fumed.

‘We played a good first half but we didn’t score. It is unacceptable the way we came out [after the break] and we lost the game in 10 minutes.

‘We were passive and that is dangerous in this league. We played well in the first half, but the way we approached the second half was unacceptable.


‘Everyone deals with it differently but it’s unacceptable and I’m sorry.

‘We still have eight games to go but we cannot always say ‘next week,’ we really have to do better because we normally aren’t allowed to lose this match.’

Mon Mar 18 , 2019
Luis Suarez sprained his right ankle as Barcelona won 4-1 over Real Betis, the La Liga leaders have confirmed. Suarez, who scored Barca’s third goal with an incredible solo run and finish, was hurt towards the end of Sunday’s win, in which Lionel Messi scored a glorious hat-trick. Barca said […] 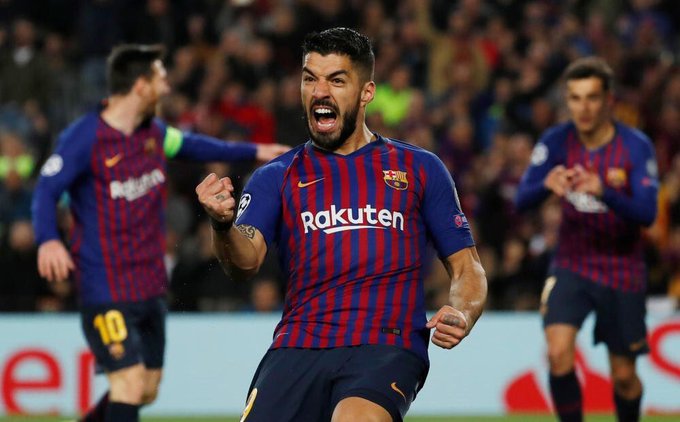