Maurizio Sarri chose to absolve himself of blame for Chelsea’s defeat to Everton and instead pointed the finger at the players for switching off.

The Blues appeared in complete control in the first half, missing a couple of good chances, but were off the pace after the half-time break and were beaten 2-0 with goals from Gylfi Sigurdsson and Richarlison.


It was a wasted opportunity for Sarri’s team to put pressure on their top-four rivals – all of whom who aren’t playing this weekend – but faltered again, to leave them three below Arsenal in fourth place.

Their hopes of qualifying for next campaign’s Champions League took yet another blow but Sarri refused to take the blame for the disappointing loss.

Instead he questioned his players’ mentality and says they would have lost regardless of what tactics was implemented.


Asked why they lost, he told Sky Sports: ‘I don’t know. The player don’t know what happened. At the moment I don’t really explain the change. We played in my opinion the best first half of the season. We could have scored four or five times. Suddenly we stopped to play. It’s very strange.

‘We stopped to defend, to counter-attack, to everything. We had only to continue, I think. We were in control of the match. We played very well and needed to continue. at the beginning of the second half we didn’t play. It’s strange. I cannot understand.

‘Tactically, if you don’t play, you don’t play. We changed the system but it was the same. It’s very difficult but I think the problem was mental. If you have a mental problem suddenly on the pitch, the system, the tactics is not enough.’


‘No, it was not at all [that we lacked motivation], we started the match very well with big intensity and strong mentality, I don’t know what happened.’

Tue Mar 19 , 2019
Eden Hazard says he wants to help Chelsea win the Europa League before considering a transfer to Real Madrid. Zinedine Zidane promised “changes” this transfer summer after returning to Real this month, refuelling reports they will attempt to sign Hazard, who has previously conceded a move to the Bernabeu is […] 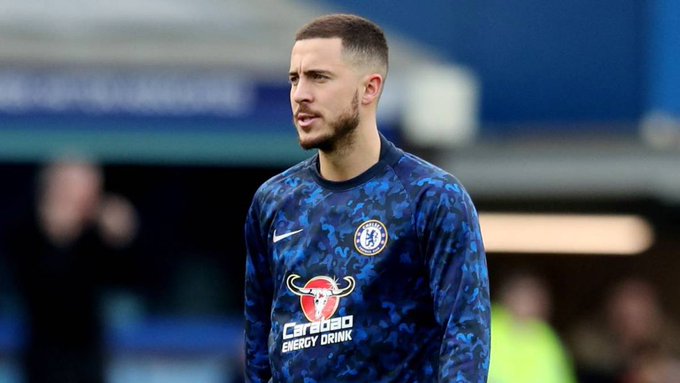