Uefa have charged Sergio Ramos with deliberately getting a yellow card during Real Madrid’s Champions League last-16 game against Ajax. He will find out on Thursday if he will face an extended suspension.

The Real Madrid captain was booked in the 89th minute of Madrid’s 2-1 win in over Ajax for a foul on Kasper Dolberg – his second booking in this year’s competition – and will miss next week’s second leg at the Bernabéu.


Speaking immediately after the game, Ramos was quoted as saying he “would be lying” if he were to deny deliberately getting booked.

Ramos later used social media to say he had not intentionally collected a caution, referring instead to deliberately giving away a free-kick to prevent an equaliser.

Uefa launched a disciplinary investigation and confirmed on Tuesday that Ramos had been charged. If found guilty, Ramos could receive a further suspension and possibly miss the quarter-finals.

Valencia midfielder Geoffrey Kondogbia was recently given a two-match ban by Uefa for a similar offence. He was ruled to have deliberately received a yellow card during their win at Celtic.


In an interview with Marca, Ramos has reiterated his denial of any wrongdoing. “I’m very surprised about all this,” the 32-year-old said. “I was referring to forcing the foul – a foul that was inevitable – not to forcing the booking.”

Asked if he knew the foul was likely to lead to a a ban, he added: “Yes, but I had no choice. It was a very dangerous counter-attack in the 88th minute. That’s why I said ‘I would lie if I said I did not know that I was carrying a penalty’, just as I knew that I had no other choice than to make a mistake.”

“That’s what I meant when I said that in football you have to make complicated decisions,” Ramos added. “If I had wanted to force [a booking], I could have done it in the group stage, in the match against Roma because we had already won the group and the last game against CSKA, was inconsequential.”


Uefa have also confirmed that disciplinary proceedings have been opened after a complaint made by Tottenham, after the Champions League group match at Barcelona on 11 December.

Wed Feb 27 , 2019
Manchester United’s interim manager delivered that damning verdict to his injury-ravaged team after their goalless Premier League draw with Liverpool on Sunday. Ole Gunnar Solskjaer picked apart Liverpool’s tactics when he discussed it with United players before the 0-0 draw at Old Trafford. A United source said: “Ole was very […] 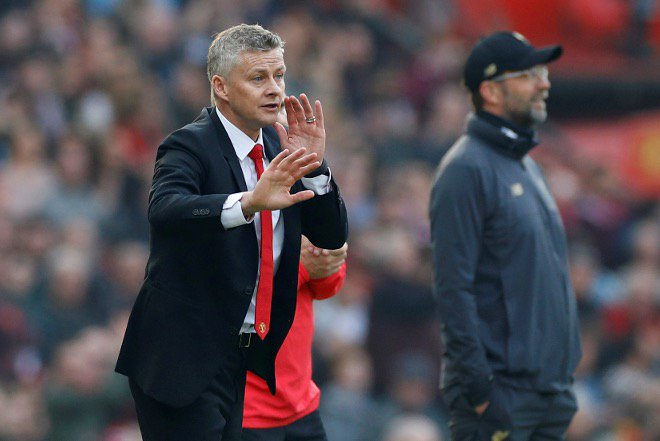