According to AS, the club skipper had a spat with Perez after the embarrassing loss at home to Ajax which knocked them out of the Champions League.


The Spain international who signed for Real from Sevilla in 2005 and has won 14 major titles with the club – was suspended for the match after deliberately getting booked in the first leg in Amsterdam.

He watched the match from a box and even had a TV crew filming him but he and Perez went into the dressing room afterwards.

It is reported that Perez blasted the players for their lack of dedication, having too many free days and even described them as being shameful.

But Ramos hit back at the president blaming him and the board for the current crisis at the club.


Speaking in front of the team and coaching staff, the Spaniard reportedly said: ‘’you pay me and I leave.

‘’I have given everything and I have broken my face for this shield, for this club and even for you.’’

Real Madrid have now lost their last four home games and suffered their worst home Champions League loss when they were humiliated by Ajax.


He wrote: ‘’This has been the most difficult week in my football life. But success is not about never falling down but about getting up every time it happens.

Ancelotti: I would've jumped off bridge if I was PSG boss after Man United defeat

Fri Mar 8 , 2019
Carlo Ancelotti said he would have jumped off a bridge if he was the manager of Paris Saint-Germain after their Champions League elimination. PSG squandered a first-leg lead as the French champions were knocked out on away goals by Manchester United in a shocking last-16 tie on Wednesday. Thomas Tuchel’s […] 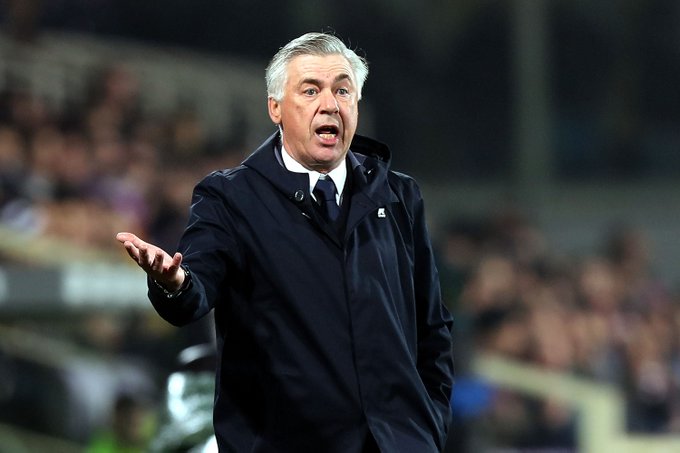