Jose Mourinho has revealed how his tactics kept Lionel Messi in “jail” during Inter’s victory over Barcelona in the 2009-10 Champions League semi-final.

Barca were at the height of their powers going into the semi-final, but Inter famously defeated Guardiola’s side despite having most of the possession to their opponents.


Inter won the first leg 3-1 at San Siro, before holding on for a 1-0 loss at Camp Nou in the second leg to progress via a 3-2 aggregate scoreline.

Mourinho’s side eventually went on to win the Champions League by defeating German giants Bayern Munich 2-0 in the final in Madrid.

Mourinho explained that stopping Messi, who was playing on the right wing, had to be a group effort which involved defensive midfielders Thiago Motta and Esteban Cambiasso, as well as defender Javier Zanetti.

“The situation for us was very clear, which was [Messi] cannot play alone when he comes in between the lines,” Mourinho explained in a video posted to The Coaches’ Voice YouTube page.

“So this player here [Cambiasso] must be a player totally in control of this area, always in communication with the left-back.


“There is a moment where he becomes yours and I stay in the zone but if in a certain moment you are attracted by other positions and Messi goes in these positions in between the lines, you have to decide to go.

“But then if you decide to go, you have to defend [Dani] Alves. So there is a combination of ideas but basically everything was around not letting Messi play.”

“I remember after the game … in Italy they were using the word ‘gabbia’, the real translation is like a jail to Messi because in the end we didn’t play man-to-man but Zanetti, Motta, Cambiasso, everybody was responsible for any position that Messi could go.”

Mourinho also spoke about Inter’s acceptance that Barcelona would have possession in the tie, and their determination to not allow them create dangerous chances despite having much more of the ball.


“They are going to have the ball more than us, much more than us obviously, because many many times they were moving the ball without hurting [us] and we must be mentally strong to cope with that,” he said.

“Let them have the ball but not create many chances.”

Tue May 7 , 2019
Liverpool defender Andy Robertson has mocked Luis Suarez after his clash with the Barcelona forward during Liverpool’s scintillating 4-0 win in the Champions League semi-final at Anfield. Robertson was forced off at half-time break after he was kicked twice by Suarez in an incident off the ball during a Barca […] 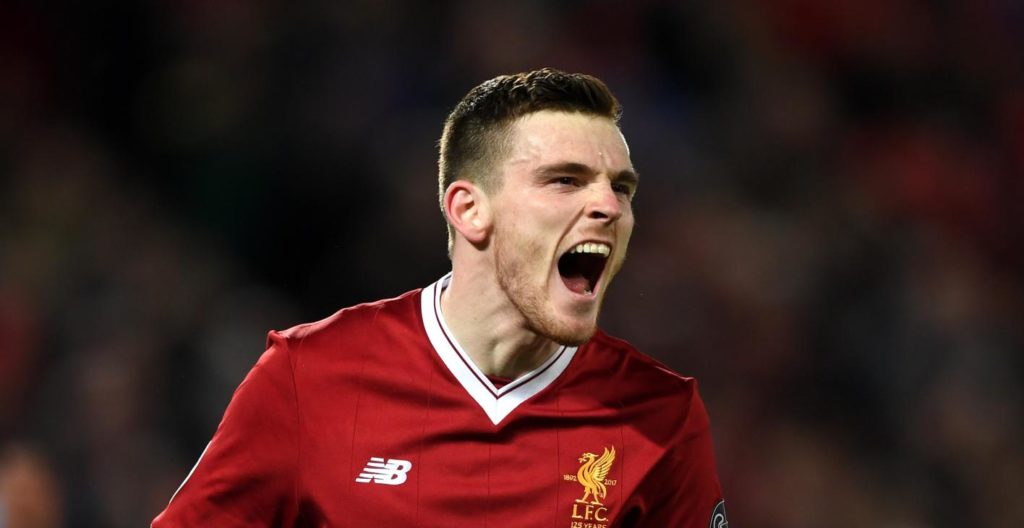