Jean-Michel Aulas aimed a dig at Memphis Depay after Lyon’s 2-0 defeat to Monaco on Saturday.

Depay came off the bench during the defeat and has drawn criticism from the Lyon fans after expressing an interest to join Chelsea in January.


The former Manchester United forward has hit a poor run of form in France and Aulas slammed players guilty of drumming up speculation in recent weeks,
‘Some players are far below their potential,’ Aulas said on Twitter.

‘Those who think they can make big transfers at the end of the year are wrong, they must talk less and give much more.’

Depay has encouraged speculation about his future and possible return to the Premier Leagye after 33 goals and 38 assists in 102 matches for Lyon.

United sold Depay in 2017 and the 25-year-old revealed in January he wanted to join one of the best clubs in Europe, naming Chelsea and Manchester City as possible destinations.


‘Lyon is a big club, but not one of the five best in Europe,’ he said.

‘I want to go to a club like Real Madrid, Barcelona, ​​Chelsea, Manchester City, Paris Saint-Germain or Bayern Munich.’

Man City got a close up look at the forward in the Champions League when he lined up for Lyon in the group stages of the competition.


Depay bagged three assists in those two matches and helped Lyon become the first side to beat City this campaign back in September.

Tue Feb 26 , 2019
Uefa have charged Sergio Ramos with deliberately getting a yellow card during Real Madrid’s Champions League last-16 game against Ajax. He will find out on Thursday if he will face an extended suspension. The Real Madrid captain was booked in the 89th minute of Madrid’s 2-1 win in over Ajax […] 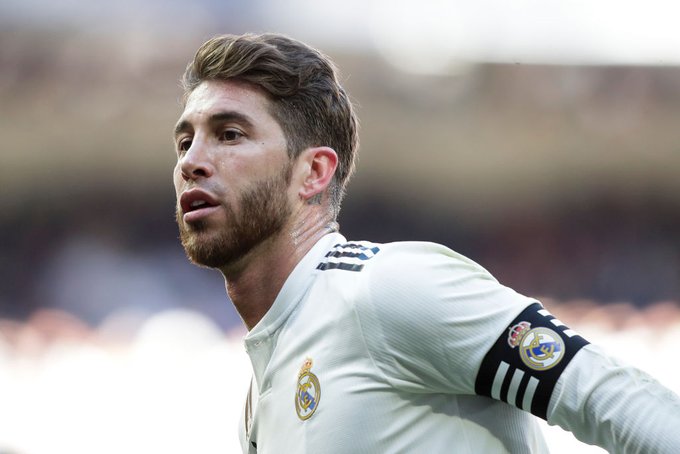