Ole Gunnar Solskjaer has warned his under-performing players that he “will be successful” at the club but some of them “won’t be part of that”.

United, who will play Manchester City on Wednesday, produced a poor performance as they were thrashed by Everton on Sunday.

Solskjaer apologised to fans after the defeat and also struggled to answer when asked if his players care enough, adding: “I will be successful here. There are players here that won’t be part of that.”


Former United defender Gary Neville also criticized the display, following a sixth loss in the last eight matches in all competitions and fourth defeat in six matches since Solskjaer was appointed permanent manager.

He said: “Some of those players are breaking the trust that they’ll have built up over the first two or three months where I’m sure he will have liked what he saw. He’s now seeing the fact that these players are capable of turning the tap on and off.

“I don’t think any of us who have been in football were conned by the first two or three months under Ole Gunnar Solskjaer, we welcomed it as Manchester United fans, we thought it was fantastic but knew that players who were capable of downing tools under Jose Mourinho, one of the most successful managers over the last 20 years, were also capable of doing it under anybody else.

“Ole Gunnar Solskjaer’s last quote in that interview was quite telling when he said ‘I’m going to be successful at this football club, some of these players will be on the journey with me and some of them won’t’. You are supported 100 per cent in getting rid of any player who falls below the work ethic and values that Manchester United have.


“Every single fan will want those players out of this club immediately. If it means they have to wait for two, three more years for success or five years, whatever it is…you want to see the players represent the badge consistently well in work ethic.”

Defeat to Everton has left United sixth in the Premier League, two points behind Arsenal with four matches left to play.

Several players have come under fire during United’s recent poor run, including Ashley Young, who was sent off in a 2-1 loss to Wolves.

However, Neville believes Young should not be singled out for criticism.

He said: “Missed chances, giving goals away, all those things happen. The player I’ve seen attacked most in the last couple of weeks is Ashley Young. No, get off him. Ashley Young, to be fair, has actually given his all every single games for the last seven, eight, nine years for Manchester United.

“I’m furious because Ole has had to go and apologise on behalf of his players today which is a bad place to have to be when you’ve only been given the job two or three weeks ago. But he’s got to go now and be clinical and ruthless, and have the players with him that he knows he can trust.”

City will go top of the table with a victory over United and Jamie Carragher thinks they must produce an improved display after their poor showing at Everton.

“They have to now. If they perform like that [as they did against Everton] then it’s 6-0, five or six, no doubt about that.

“In some ways, I think it might be better for Liverpool that Man Utd lost 4-0 rather than won 4-0 and also the Arsenal result [3-2 defeat to Palace] is not a bad one from Liverpool’s point of view.

“Manchester United will still feel that top might still be there. They have to show something, they have to show a performance. It’s a derby and think they would’ve anyway but they’re going to get massive criticism in these next few days and rightly so.”

Mon Apr 22 , 2019
Paris Saint-Germain forward Kylian Mbappe has proved he really is a speed demon, by recording one of the fastest sprints ever seen on a football pitch. The 20-year-old was in a sensational form as Paris Saint Germain wrapped up the Ligue 1 title and continued to exert their dominance on […] 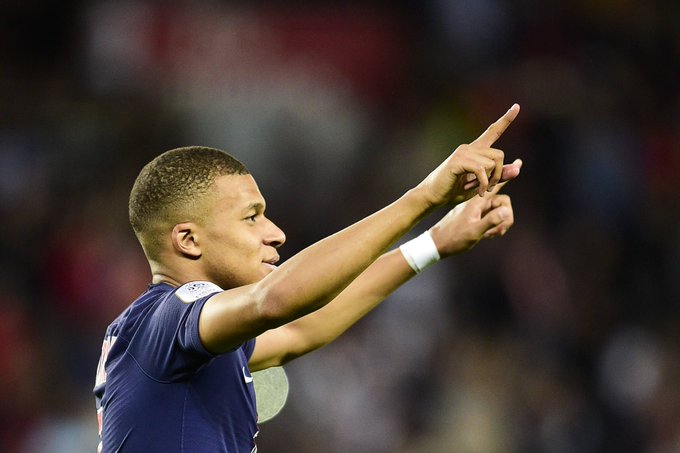