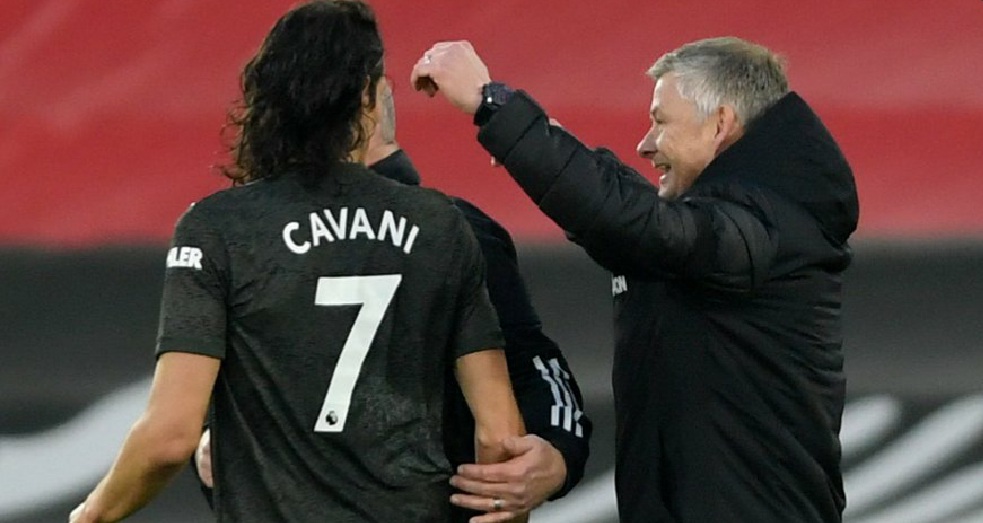 Manchester United manager Ole Gunnar Solskjaer was delighted with Edinson Cavani after the forward helped the club to a remarkable comeback against Southampton.

The former PSG star scored his second of the match in injury time to give United all three points at St Mary’s, in what was a needed win for Solskjaer.


Cavani also set-up Bruno Fernandes to get the ball rolling on a comeback but the striker was unable to enter the field immediately for the second half because of an issue with his boots.

Cavani warmed-up during half-time but he decided to change his boots just as the second half was about to begin, meaning the Red devils were down to 10 men for the first moments of the second half.

Solskjaer is probably the most famous substitute in Premier League history and though he was delighted with Cavani’s impact, he says the playet must ‘learn’ to always be ready.

Asked about the mix-up, Solskjaer said: ‘He probably wasn’t able to warm up on the pitch [at half-time] but then suddenly he realised he needed bigger studs and I’m happy he did.


‘I don’t know he might have to learn on that one as a sub you always have to be ready. I know more than anyone about that.’

United’s victory moves them into seventh, five points off Premier League leaders Tottenham and with a game in hand.


After a disappointing start to the season, Solskjaer will be hoping that his team have found some form at last.

Paris Saint-Germain will play United at Old Trafford in midweek, where Solskjaer hopes to have Paul Pogba fit to get the point they need to qualify for the next stage of the Champions League.

5 months ago
Manchester United striker Edinson could face a three-game ban if the Football Association deems that he used discriminatory language in an Instagram story shared from his account on Sunday after Southampton win. The FA has already confirmed it is investigating the post, which was published shortly after United’s 3-2 victory over […]