Luis Suarez has revealed what worried him most about playing with Lionel Messi and Neymar when he first joined the club.

The Uruguayan forward sealed a £73million move from Liverpool to the Spanish giants in 2014 – and his strike partners had already played a campaign together at the Nou Camp.


The forward was coming off the back of a very good season at Anfield, having scored 31 goals in 37 games.

“When I came to Barcelona, I had Neymar on one side and Lionel Messi on the other,” he explained to Otro . “And I thought, where am I going to play?

“Where am I going to do my job of running, fighting the defence and looking for open spaces so that the two best players in the world can optimize their space?.

“It’s all about adjusting in a clever way.”
In his first season, Suarez found the back of the net 25 times in 43 appearances. But after a year of playing alongside Messi and Neymar, the striker flourished.


Suarez scored an incredible 59 goals in 53 games in his second season at the club, and went on to lift La Liga and Copa del Rey trophies.

“Honestly, you’ll have a hard time finding a forward who isn’t selfish,” he added.

“The reality is that we need to be team players. We have to put the needs of the team first, and that means more camaraderie above personal interests.”

Wed Dec 5 , 2018
Paul Pogba blasted Jose Mourinho’s tactics as the two argued in front of the rest of the Manchester United team after Saturday’s draw against Southampton. The Red Devils dropped more points against Southampton despite battling back from two goals down, and it was reported that Mourinho pinned the blame majorly […] 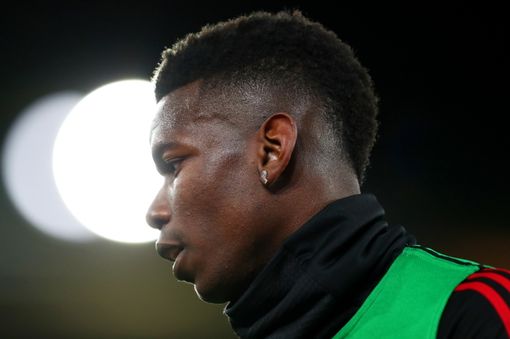