Chelsea striker Tammy Abraham equalled a record only previously achieved by Cristiano Ronaldo and Dele Alli when the 21-year-old headed home against Wolves at Molineux.


After a cagey opening half hour, Fikayo Tomori gave Chelsea the lead with a 35-yard strike that Wolves goalkeeper Rui Patricio will feel he probably should have saved.

The midfielder was tackled but the ball fell kindly to Abraham who stroked the ball home to double the blues’ advantage, his fifth goal of the campaign.


He made it six before half-time when he connected with Marcos Alonso’s cross, as well as giving Lampard and co a commanding lead in the match, The striker wrote himself into the history books.

His brace, a third in as many games, made him only the third player aged 21 or under to score twice in three consecutive Premier League matches, emulating Cristiano Ronaldo in December 2006 and Alli in January 2017 – before going on to complete hat-trick.

The England international also added an unfortunate own goal and ended up being taken off with cramp – but Chelsea eventually won the game 5-2.

Abraham had never scored in the Premier League for Chelsea before this campaign, although he had opened his account in the top-flight while he was on loan at Swansea.


However, his spell with Swansea was hardly a prolific one – he only managed to score five goals in 31 matches – and he conceded earlier this week that it taught him about making the most of his chances.

‘It was a good learning curve going to a team like Swansea,’ Abraham said.

‘We didn’t create a lot of chances and we weren’t on the ball as much.

‘With Chelsea growing up in the academy I was used to winning things, scoring a load of goals, but at Swansea I learned the other side to football in the Premier League. It made me into a man even quicker.


‘At Chelsea if we are not on the ball for the majority of the game then we can count it as a disappointment. I’m playing with so many quality players here, some of the best players in the world.

‘I get to learn off them and train with them every day, so it’s nice to be in this environment.’

Van Persie hits back at Mertesacker over Arsene Wenger criticism

Sat Sep 14 , 2019
Robin van Persie has hit back at his former Arsenal teammate Per Mertesacker over his comments about Arsene Wenger. The Dutchman played in the same Arsenal side as the former Germany international for a solitary campaign before his acrimonious exit to Manchester United. Mertesacker played a key role in three FA Cup victories in the […] 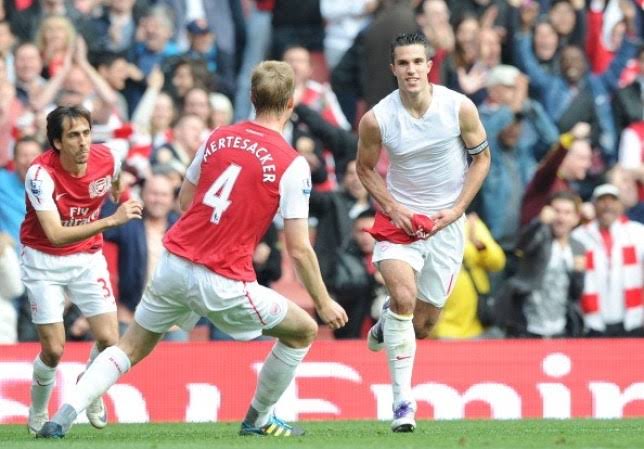