Tottenham reportedly made a move to sign Chelsea striker Tammy Abraham in the closing hours of the summer transfer window.


Spurs did not sign a single player ahead of the 2018/19 season but this was not for want of trying, with their manager on the hunt for attacking players to support Harry Kane.

According to Goal, the north London club lodged a £25million offer for Abraham on deadline day – but the offer was immediately rejected by Chelsea.

It’s claimed Abraham wanted to join Tottenham once their interest became known. However, Chelsea were interested in keeping hold of the promising England international.

Abraham, who recently returned from injury, is preparing to feature in Chelsea Under-23’s match this week as he works his way back to full fitness.


The youngster is desperate for regular first-team minutes this season but is behind Alvaro Morata and Olivier Giroud at Stamford Bridge.

Abraham claimed in pre-season that he will ‘do whatever it takes’ to become a starter under Maurizio Sarri at Chelsea.

‘Growing up as a young kid playing for Chelsea, I’ve always wanted to make it to the top and just being out here with the first team in pre-season has given me a chance to prove myself,’ he told Goal.


‘The reason I go out on loan is to get that experience so when I come back to Chelsea I can claim my position.

‘I’ll do whatever it takes and just keep doing my best.’

Zidane tells friends he wants to replace Mourinho at United

Fri Aug 24 , 2018
Zinedine Zidane has informed close associates that he has plans to be manager at Manchester United. Jose Mourinho is under intense pressure after a summer of public rowing with France midfielder Paul Pogba and executive vice-chairman Ed Woodward. United only brought in Fred, Diogo Dalot and Lee Grant in the […] 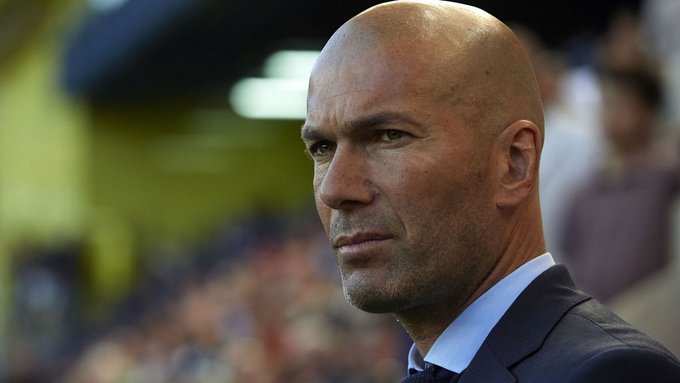