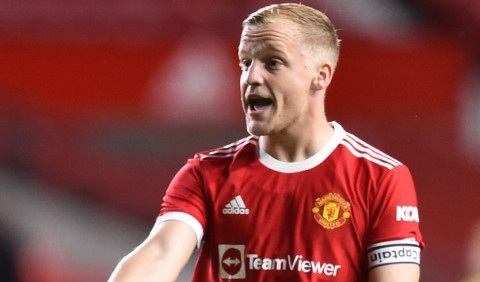 Donny van de Beek is looking to impress Manchester United, and hopefully improve on his disappointing first season at the club, by spending the summer bulking up his physique.

The Dutchman joined the Red devils from Ajax last year for a fee of around £35million but failed to make any impact at Old Trafford.


The midfielder scored on his Premier League debut against Crystal Palace but he made just four starts in the league over the season and not score another goal.

He played 36 matches in total over all competitions, but the majority of those games were from the bench and he didn’t find the back of the net in the FA Cup, EFL Cup or Europa League.

Far from giving up on his career at United, Van de Beek has looked to add more physicality to his game and become a more imposing presence in midfield.

According to the Athletic, the former Ajax star was working with FysioConcept in Amsterdam, after a tailored nutrition & weights training schedule.


Since returning to Manchester for pre-season, he kept up the schedule while in quarantine and results have been clear when pulling on a United shirt again.

The 24-year-old pulled on the skipper’s armband in a friendly game against Brentford and club captain Harry Maguire hoped that his arms wouldn’t ruin the band.

Van de Beek missed Netherlands’ Euro 2020 campaign with an injury but is ready to go ahead for United’s Premier League campaign starting on 14 August against Leeds United.

2 months ago
Kai Havertz couldn’t resist the chance to remind Bernd Leno that he put one past him after scoring in Chelsea’s pre-season victory over Arsenal on Sunday. The Chelsea player scored the opening goal in the first half as he rifled his effort past Leno. Granit Xhaka pulled Arsenal level in […] 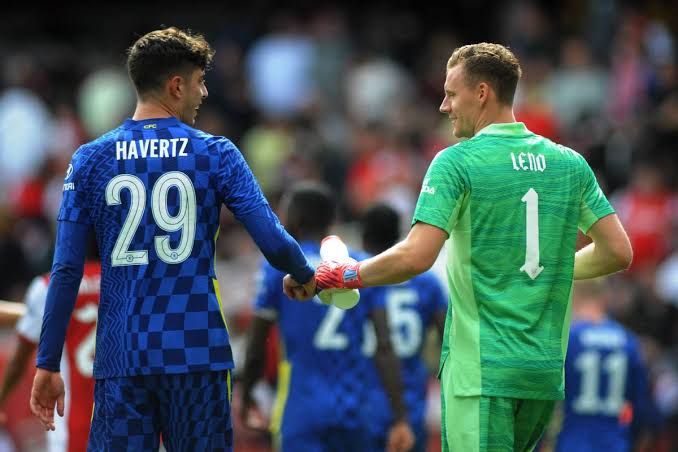