Cristiano Ronaldo may get to return to Old Trafford to face old club Manchester United after being shown a straight red card in Juventus’ 2-0 win over Valencia.

The Portugal international was sent off in the 29th minute at the Mestalla after a clash with defender Jeison Murillo.

Ronaldo tussled with the Colombian as he broke into the penalty box, and when Murillo fell to the ground Ronaldo reacted angrily and appeared to grab him by his hair.


The £88m man left the pitch in tears, seemingly denied a reunion with United, with many fans assuming that he will face an automatic three-match ban.

However, the rules in the Champions League differ from those domestically as red card offences only carry an initial one-match ban.

UEFA’s rules and regulations explain: ‘As a rule, a player who is sent off the field of play is suspended for the next match in UEFA cup competition (i.e. UEFA Champions League, UEFA Europa League or UEFA Super Cup).

‘In case of serious offences, the UEFA Control, Ethics and Disciplinary Body is entitled to augment this punishment, including by extending it to other competitions.’

Although Juventus cannot appeal the one-game ban – which will see Ronaldo miss their next game at home to Young Boys – he could return for the subsequent game away to United.


A disciplinary panel will sit to decide if Ronaldo should face additional punishment, and Juve will have the opportunity to appeal the case that he shouldn’t.

While Ronaldo’s ban could end up only being one match, UEFA could still choose to extend it as a result, and a three-game ban would see the him also miss United’s trip to Turin on November 7.

Fri Sep 21 , 2018
FC Zurich midfielder Benjamin Kololli got more than he bargained for with his celebration after scoring the winning goal in his team’s Europa League clash against AEK Larnaca in Cyprus. READ MORE: Why Cristiano Ronaldo may not miss Manchester United return Kololli, who netted a penalty winner against the Cypriot […] 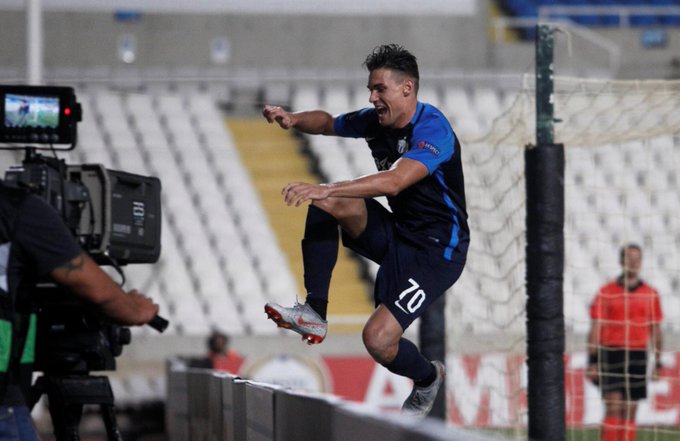