Barcelona have denied reports that Neymar’s father has called president Josep Maria Bartomeu to talk about interest in a return for his son.

Reports have emerged in recent days that the player’s father and agent Neymar Santos Sr. reached out to Bartomeu, with the PSG star hoping to return to Camp Nou.


Neymar moved from Barcelona to PSG in the summer of 2017 in a world-record €222 million deal.

The Brazil international helped PSG to a domestic treble in 2017-18, but has been followed by reports that he is unhappy in France.

Real Madrid have also been linked with a shock move for the 26-year-old.

In a press conference on Tuesday, Barca spokesman Josep Vives denied that any talks have taken place between Bartomeu and Neymar’s father.

“That’s not correct,” Vives said when asked about the purported phone conversations.

“But we don’t speak about calls or conversations made in the private aspect,” Vives added. “Neymar is a great player but he has a contract with PSG and there’s not anything else to add.

“We never speak about players with a contract with other clubs and Neymar is one of them. He took a legitimate decision to leave, a decision which we didn’t share, and there’s not much more to say.

“He has a contract and many obligations with PSG; we are only thinking about the great players we have right now.”

Vives also commented on the status of head coach Ernesto Valverde, whose future with the club beyond this campaign is uncertain.


“We are very happy with Valverde, he is a great coach and he is doing a great job,” Vives said.

“He has a contract and we are very calm, we have to let him work.”

REVEALED: United owe over £100m unpaid transfer fees and are still paying for Lukaku and Pogba

Wed Jan 16 , 2019
Manchester United still owe more than £100million in transfer fees, but the club are only operating by the same rules as the rest of the big clubs. And United insist the transfer debt will have no impact on their January window business activity. Financial figures released by the club showed […] 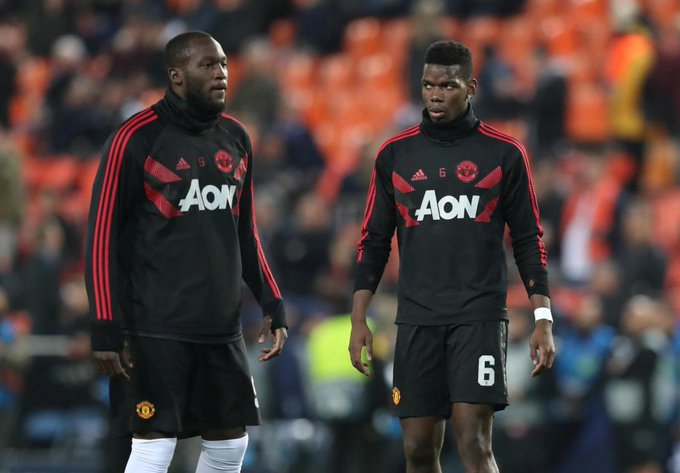