Barcelona head coach Ernesto Valverde has admitted he could leave the club following the current season.

Valverde was named manager of the Catalan club prior to last campaign and the former Athletic Bilbao manager led his team to a successful season domestically, winning the league and cup double.


Barca have continued to prosper this campaign under the 54-year-old, with the club topping La Liga currently and having progressed to the Champions League last 16.

Valverde has a deal through the 2019-20 season, but both he and the club have an option to terminate his deal a year early at the end of the current season.

And he has confirmed that he could still choose to end his time at the club after just two years.

“I do not know what I will do next season. In this football, who knows? We all know how things are. I never think long or long term,” Valverde told Barca TV.

“What I want is for everyone to be satisfied with the work. But we are not going to cheat.

“If you do not win the league, everyone looks at the coach because it is marked like that. I try to meet the objectives and, of course, how much we have left, so let’s see it.”

Valverde went on to explain what he’s learned during his time in charge at Catalonia so far, conceding that managing a club like Barcelona is a huge challenge.

“It’s a continuous learning [process], Valverde said. “Every day something happens that you have to face in one way or another.


“We all have a common goal: that the club works and is bigger each day, that we play well and that the people are happy.

“Sometimes you hit them all or you’re wrong in all of them. Everything is analysed.

“But I accept it and I take it well and trying to learn from all this, which is quite intense.”
Barca return to action in La Liga on Sunday when they face Getafe .

Wed Jan 2 , 2019
Chelsea have confirmed that they have reached an agreement to sign Borussia Dortmund forward Christian Pulisic. Pulisic will stay with Bundesliga leaders Dortmund for the remainder of the 2018/19 season before joining up with Chelsea in the summer. It’s understood that Chelsea have agreed to pay around €64million (£57.6m) for […] 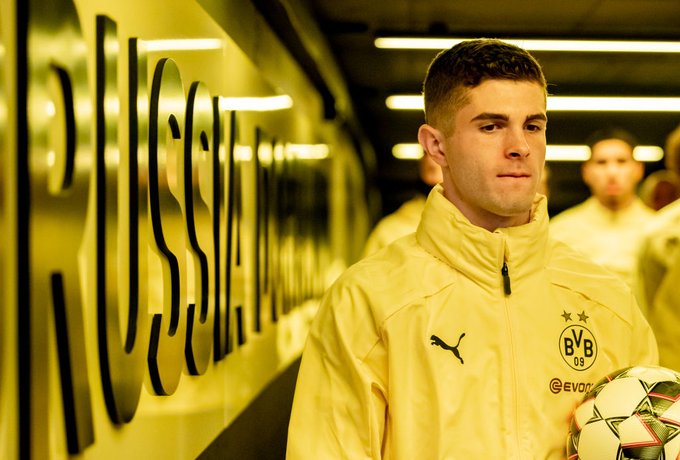