Chelsea have confirmed that they have reached an agreement to sign Borussia Dortmund forward Christian Pulisic.

Pulisic will stay with Bundesliga leaders Dortmund for the remainder of the 2018/19 season before joining up with Chelsea in the summer.

Pulisic is being seen as a long-term replacement for Eden Hazard with the Belgian expected to leave Chelsea at the end of the campaign.

‘Chelsea, in turn, will lend the 20-year-old to BVB until the end of the season.’

On his transfer to Stamford Bridge, Pulisic told Chelsea’s official website: ‘In the summer I move on to Chelsea and to a new competition, the English Premier League.


‘It’s a privilege to have signed for such a legendary club and I look forward to working hard towards being a contributor to their team of world class players.’

Maurizio Sarri refused to deny Chelsea’s interest in Pulisic when asked about the speculation in early December.

‘I don’t want to talk about a player from another club,’ the Italian said.

Jurgen Klopp is a known admirer of Pulisic after working with the American at Dortmund but Liverpool failed to make a concrete offer.

Pulisic has only made five league starts for Dortmund this campaign with Jadon Sancho’s rise limiting his chances under Lucien Favre.


‘England, the Premier League, is a league where lots of kids dream of playing so there is no reason why maybe one day I won’t play here,’ he said.

‘As you can see, we are having a great year at Dortmund and I am enjoying every moment of that.

‘Then when the time comes for me to talk in the breaks about my future, then that’s when those things happen.

‘Like I said before, reading these articles [about me], I tend to stay away from that stuff. I know it is going to be there but it is not my priority.’

Wed Jan 2 , 2019
Chelsea have not signed Pulisic as a “direct replacement” for Belgian Eden Hazard, according to Raphael Honigstein. On Wednesday Chelsea and Dortmund confirmed they had agreed a £57.6m deal for the 20-year-old, which will see Pulisic remain at the club on loan until the end of the season. Chelsea boss […] 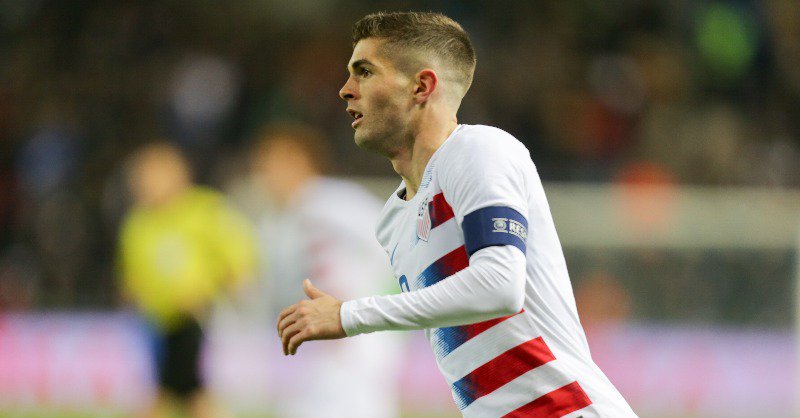