Ernesto Valverde has suggested an hamstring injury could rule Andres Iniesta out of the second leg Champions League match with Chelsea.

Iniesta had to be substituted in their 1-0 win over Atletico Madrid in the first half with a hamstring injury.

The Barca captain is expected to be out of Barca’s game against Malaga on Sunday and Valverde is unsure whether he will be available to face Chelsea in their last-16 tie.

“He is training separately at the moment,” Valverde said. “Obviously we do not want to rush things, it’s too early to say if he will be available for next week.

“Their characteristics are comparable and they could play in (Iniesta’s) position.”

Ousmane Dembele is expected to fill in for Iniesta although the Frenchman has struggled to settle since signing for Barcelona.

“Tomorrow’s game, any game – it’s good for a player,” Valverde said. “Of course he needs to play so we need to see, but we have high expectations of him as a player.


“Dembele likes to take players on, he’s a dribbler and a power player who likes to break into space, he has the ability to do this. He has a lot of virtues.

“He is 20 years old and there are things for him to fine-tune over time. With experience, he will start to perfect areas.”

Barca defender Gerard Pique also has a knee injury but Valverde believes the Spain international will play against Malaga and Chelsea.

“If he couldn’t train it would be a bad sign, but he is completing training,” Valverde said.


“There is no problem with managing the situation, it’s a question of asking him how he feels.

Sat Mar 10 , 2018
Real Madrid captain Sergio Ramos left the field for five minutes during Saturday’s 2-1 win over Eibar to answer the call of nature, according to Zinedine Zidane. Real Madrid briefly only had 10 men on the pitch from the 73rd minute onwards after Ramos left the pitch and down the […] 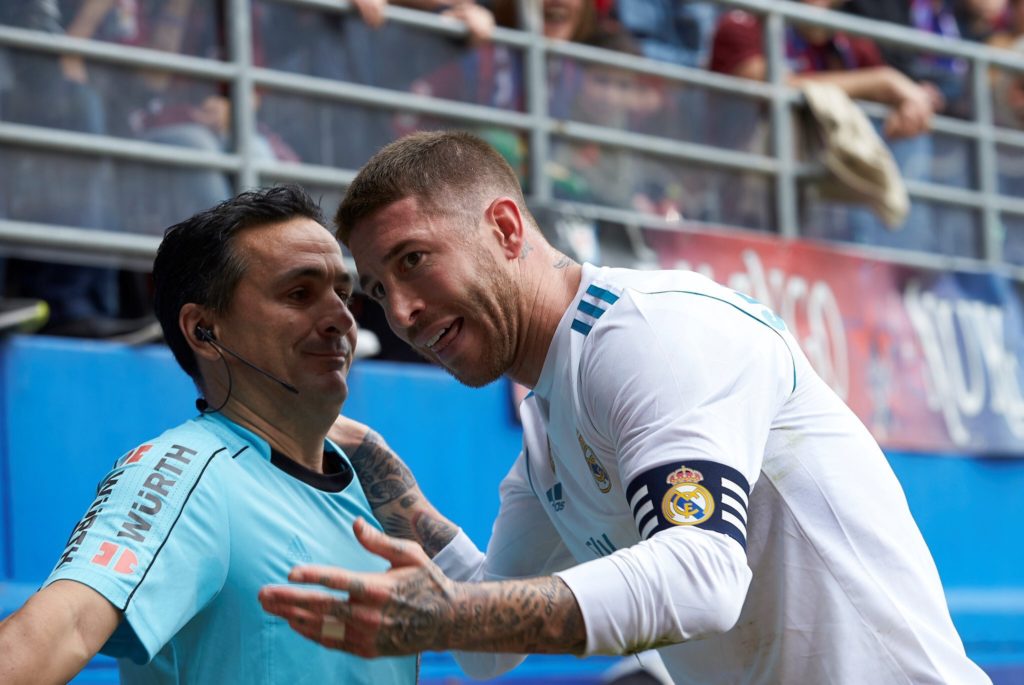