Lionel Messi has been ruled out of Barcelona’s game with Real Betis on Sunday after missing their final training session.


Messi has been working his way back from a calf injury he sustained after returning late to the Barcelona pre-season after his efforts with Argentina in the Copa America.

The forward was not ready in time for Barca’s opener against Athletic Club, which saw a late goal from Aritz Aduriz deliver a shocking 1-0 defeat to the League champions.

With Barcelona looking to bounce back from that loss, and with Luis Suarez and Ousmane Dembele struggling with injuries, there was hope the Argentine would be ready to return to the starting lineup against Betis.

However, the Barcelona talisman will miss yet another League game after he did not take part in the full training session on Saturday.


While he took part in some sessions during the week, Messi was not among the team on the eve of the game at Camp Nou. He was also not training with the injured players during the public session available to media.

In his earlier news conference, Barca manager Ernesto Valverde had reiterated the side’s stance they would not take any risks with their superstar and pointed to training as key to seeing if he would play against Betis.

“We won’t take any risk with Messi,” Valverde said. “We must wait to see him in the training session to check if he is ready.”

It has now been confirmed that the Argentine will be out of the match, However Messi’s absence leaves a massive gap in their attack, which has also been hampered by other injuries to important players.


Messi scored 36 Liga goals last campaign and added 13 assists as he helped guide the team to yet another La Liga title.

They will also be without Dembele, who is sidelined five weeks with an hamstring injury, and Luis Suarez, who came off in the first half of the loss against Athletic with a calf injury.

Sun Aug 25 , 2019
David Luiz has criticised the decision to award Liverpool a penalty in the second-half in Arsenal’s 3-1 loss at Anfield and says Mohamed Salah told him he didn’t even feel the shirt pull. The Brazilian defender, a deadline day arrival from Chelsea for £8million, tugged Mo Salah back inside the […] 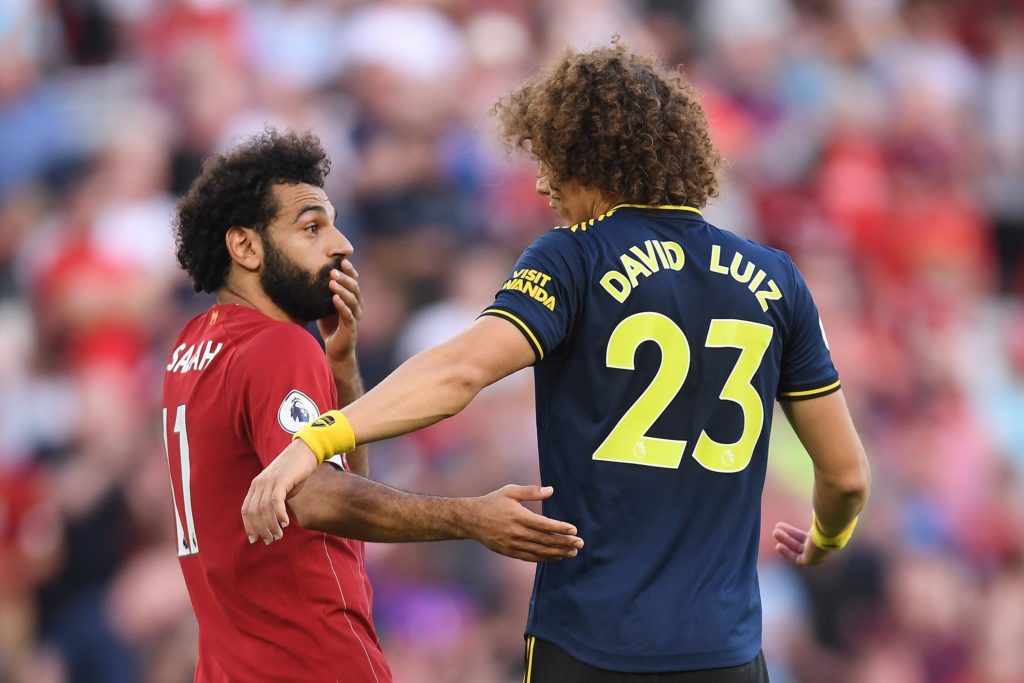