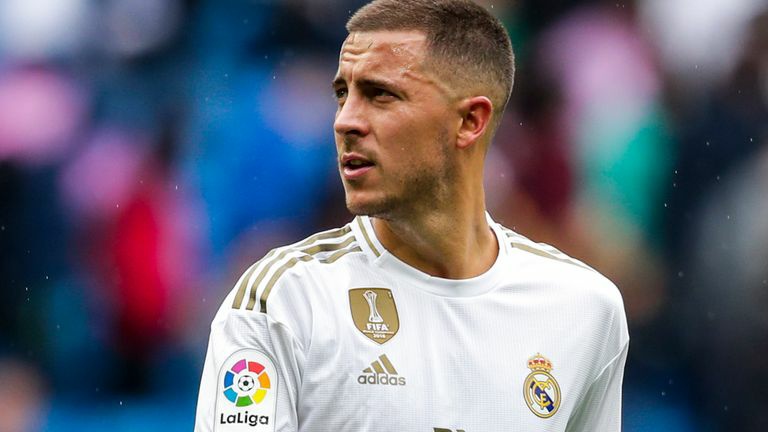 Real Madrid star Eden Hazard has conceded his first campaign at Santiago Bernabeu was the worst season of his career individually.

Hazard signed for Real from Chelsea in a deal worth up to £130m last summer window but struggled through a couple of injuries, which includes a fractured ankle.


Real Madrid won their 34th La Liga title with a win over Villarreal on Thursday but Hazard, who was limited to just 16 games and one goal in the league, concedes he had a minimal impact.

“We have won the title collectively this year, considering it has certainly been the worst season of my career individually,” Hazard said in an interview with franceinfo.

Instead, Eden Hazard was keen to talk about the contributions of some of his team-mates at the club.

“Karim Benzema is very friendly and down-to-earth. He’s here to score goals and win matches. I think he’s shown once again this year that he’s quite simply the best,” Hazard said.


“Then you have Raphael Varane. I’ve come across some fantastic defenders during my career, such as John Terry and Vincent Kompany. I think that although [Varane] is still young, he’s already one of the best centre-backs of all time. His partnership with Sergio Ramos is wonderful.

“As for Ferland Mendy, he’s shown he isn’t here just to look pretty. The club signed him because he has qualities which we’ve been able to see. It’s never easy to move clubs when you’re young, and especially to join one like Real Madrid. He’s shown that he represents the future.”


Hazard also heaped praise on Real Madrid manager Zinedine Zidane, who was instrumental in bringing him to the club.

“We all know what Zidane was like as a player; he was the best. There’s no longer any need to describe him as a coach. He’s proven in the space of just a few years that he’s already one of the best,” Hazard said.

2 months ago
Manchester United head coach Ole Gunnar Solskjaer has not ruled out dropping David De Gea after his costly mistakes in their FA Cup semi-final loss against Chelsea on Sunday. Olivier Giroud scored the first goal in the first half for Chelsea with a near-post finish which was very close to […] 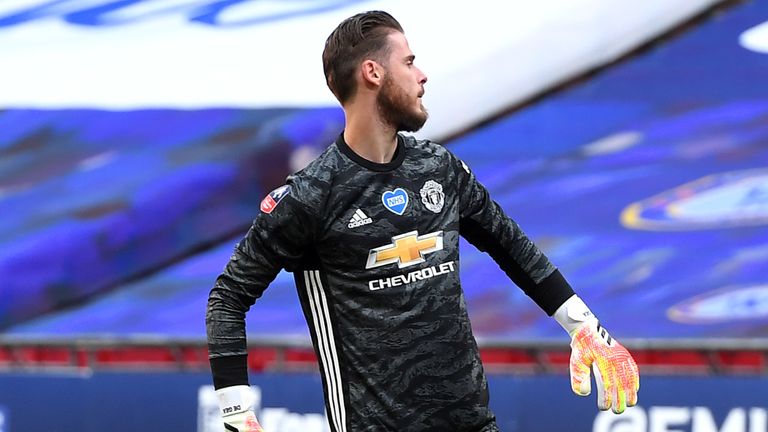