Eden Hazard has played down his criticism of Romelu Lukaku after he accused the Manchester United striker of going missing against in their World Cup opener against Panama.

Belgium struggled to break Panama down in the first half, but scored three in the second half with Lukaku scoring two of those goals.

Despite the win, Hazard conceded he was unhappy with Lukaku’s efforts in the first half and said it was difficult to play when the team is a man down.


The comments shocked fans and sparked rumours there could be a rift growing between the attacking duo, but Hazard has rubbished those claims and insisted there was no ill will.

‘As the captain, even if I am not the captain I can talk, on the pitch I try to give my best, if I can help players to be better – I will,’ Hazard told Sky Sports.

‘I just told Romelu [Lukaku] if we want to win the game we need him, not just as a scorer to score goals, but we want him to be involved in the build-up.

‘We just talked normally and we won the game in the end so it was fine.’


Hazard will lead his team out again in their second game against Tunisia on Saturday, hoping to get another win.

Lukaku will be happy to already have two goals to his name in Russia, but Hazard was clearly not satisfied with parts of his team-mate’s game.

‘I told Romelu at half time that we needed him. He was hiding away on his own up front in the first half,’ he said.

‘Even though we have good players, it is not easy for us to play with a man short.

‘Once he got involved in the game, as if by magic, he scored two goals. I hope he will understand. He did not have a bad game.


‘He scored twice, so everyone is happy. It is good for his confidence.

‘But I want him to try to get more involved in the game, especially during the first half – as we know what he can do.’

Thu Jun 21 , 2018
Sampdoria star Lucas Torreira has called Arsenal ‘one of the most important teams in the world’ amid rumours he’s set for a move to the Emirates. Torreira has reportedly agreed a £26million deal with Arsenal and is expected to join up with his new team-mates after Uruguay’s World Cup campaign. […] 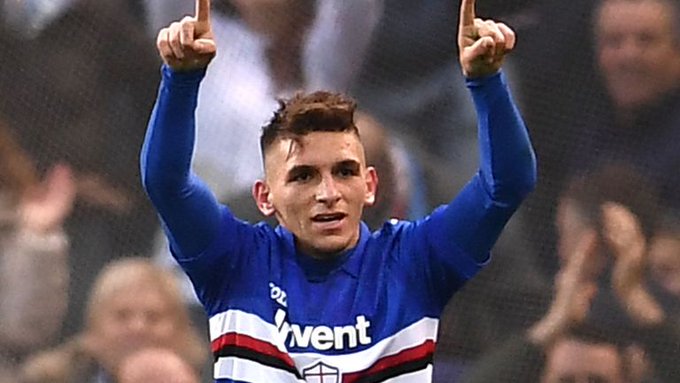