Joachim Low has denied claims that there was ever any racism in the Germany team after Mesut Ozil retired from international football.

The national team manager picked the Arsenal midfielder in his squad for the 2018 World Cup, but the 29-year-old flattered to deceive as Germany were knocked out early in the group stages.

Ozil subsequently released a three-part statement explaining his retirement from the team, accusing the DFB president of racism, saying that “I am German when we win, but I am an immigrant when we lose.”


Joachim Low, though, has denied such allegations, insisting that he has overplayed his allegations.

“Mesut Ozil has not called me until today,” the World Cup-winning manager told the media.
“Mesut Ozil has clearly overstated his allegations of racism.”

Low also says he did not see an issue with the controversial pictures that Ozil and Ilkay Gundogan took with Turkish president Recep Tayyip Erdogan, which caused many to call for their exclusion from the team.

“I think we underestimated the situation with the photos, I too underestimated it,” he explained. “I thought, when the two were at Steinmeier, that we could concentrate on the World Cup. This theme has also cost strength. For me it was clear that I picked Mesut Özil for sporting reasons.


“I have not said anything on this incident so far because his advisor called me late in the afternoon on Sunday. He informed me that Mesut would publish the third part of his statement. The player himself did not call me.

“In the past, there have always been good discussions with players in such cases. He has chosen this path, I have to accept that.

“There was never any kind of racism. Throughout the time I was at the DFB, there has never been an approach of racist comments in our team. Mesut and Ilkay have always identified with the values of the national team.”


Ozil has been widely criticised in his country since the competition, with Bayern Munich head coach Uli Hoeness saying that he merely used the racism allegations as “a distraction “.

Thu Aug 30 , 2018
Anthony Martial is considering signing a new five-year deal with Manchester United in another sign of Jose Mourinho’s diminishing power at Old Trafford. Mourinho was keen to release Anthony Martial this summer but any such transfer was vetoed by Ed Woodward, United’s executive vice-chairman. The club want to keep Martial, […] 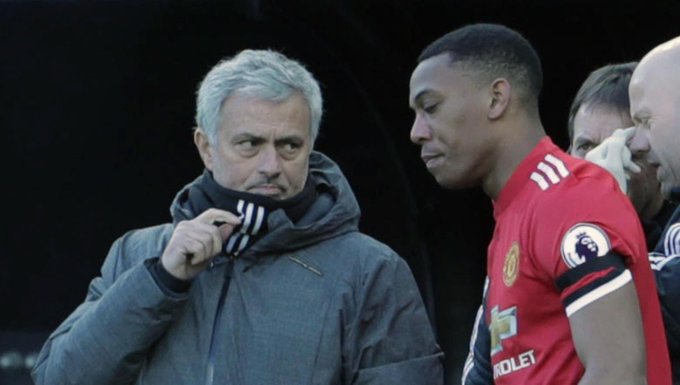