Germany star Toni Kroos has hit out at former international team-mate Mesut Ozil, saying his claims of racism in the team and German federation are “nonsense.”


The Arsenal midfielder said that the lack of backing he received from the federation made him “no longer want to wear the German national team shirt.”

But Kroos has hit out at Ozil’s claims, saying: “The proportion that is well and properly addressed in [Ozil’s] statement is unfortunately overshadowed by the much higher proportion of nonsense,” Kroos told Bild .

“I think that he knows that racism does not exist within the national team and the DFB,” Kroos continued.

“On the contrary, we are always committed to diversity and integration. Mesut was a good example, as many of our fellow players [were].”
Kross went on to address the controversial photo with Erdogan, which Ozil says led to him being slammed for his Turkish heritage.


“I am German when we win, but I am an immigrant when we lose,” Ozil said last month.
Kroos, again, disagreed with Ozil’s characterisation.

“Mesut was criticized for the photo – and rightly so,” Kroos said.

“And he missed the chance to explain himself. Nevertheless, he was absolutely supported by the athletic leadership and the team.


“Later he was – as we others also – criticized for the performance at the World Cup. The type of criticism was certainly not always at a good level – but you have to go through [that] as a player.”

Thu Aug 16 , 2018
Chelsea held talks with Lyon over a possible move for Nabil Fekir but Goal reports they opted against signing the France international over the summer after keeping hold of players in the same position. Fekir, who earlier in the transfer window saw a move to Liverpool crumble, was linked with […] 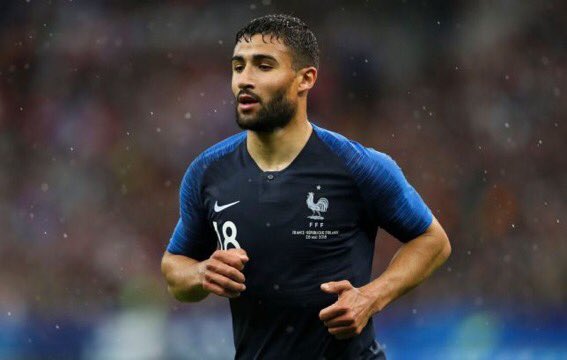