Olivier Giroud says he and Eden Hazard have spoken to Nabil Fekir about the possibility of moving to Stamford Bridge and would “welcome him” at Chelsea.

The 25-year-old looked set to sign for Liverpool from Lyon earlier this transfer summer before negotiations between both clubs ended.

Fekir, who was part of France’s World Cup-winning team alongside Giroud this summer, remains in France as things stand.


However, following Chelsea’s pre-season friendly against Lyon, Giroud conceded that he and Hazard had spoken to the France international about the club.

“I spoke to him when we were together in the French national team, when his move to Liverpool fell through,” he told Foot Mercato.

“Then we discussed Chelsea, and I even think that Eden said a couple of words to him.


“We would obviously welcome him, he is a super player, but I don’t know if this is something that could happen as the window closes on Thursday.”
Click below to follow us for more football updates…

Wed Aug 8 , 2018
Former Manchester United defender Rio Ferdinand has warned United not to sell Paul Pogba amid interest from Barcelona. The Spanish champions made an offer of £45m, plus Andre Gomes and Yerry Mina for Pogba according to Sky in Italy. United are understood to have rejected the bid, and Ferdinand – […] 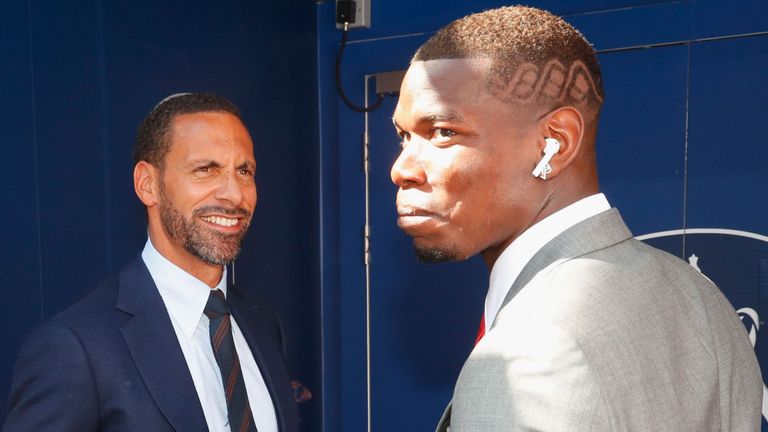