Olivier Giroud says he is determined to win his place back in the Chelsea starting eleven after dropping behind Tammy Abraham in the pecking order at Stamford Bridge.


The France international has started just one of Chelsea’s four Premier League games so far this campaign, with Frank Lampard instead putting his faith in Abraham.

The youngster has not let his new head coach down, scoring four goals already to emerge as Chelsea’s first-choice striker.

However, This is not the first time Giroud has found it hard to break into Chelsea’s starting lineup since joining from Arsenal in 2018 but he still has his sights set on more first-team opportunities.

Asked whether he will be happy to accept a limited role under Lampard this season, Giroud told Le Figaro: ‘Obviously not. I have goals in my head. ‘I’m here to help the next generation, but the time for retirement has not come.


‘I’m still hungry and have a lot of ambition. I don’t want to be Chelsea’s No.2 striker, for sure.

‘Just because I’m here as an older brother for the younger players, it doesn’t mean I’m out on the sidelines.’

The 32-year-old forward, has spent the last seven years in the Premier League but concedes he would be interested in moving to America.

‘The MLS for my family, my children who speak English, it’s interesting,’ he told RMC Sport’s Breaking Foot. ‘In a year? In two years? I do not know when. But of course after that I will be open to a final challenge.’


Chelsea are currently 11th in the Premier League, and they travel to Wolves on September 14 after the conclusion of the international break.

Sun Sep 8 , 2019
Chelsea midfielder Danny Drinkwater was battered by thugs after trying to seduce another footballer’s lover. The England player was thrown out by security before a gang of up to six men attacked him with an object. A source said: “It was incredibly nasty with blood everywhere.” The thugs jumped on […] 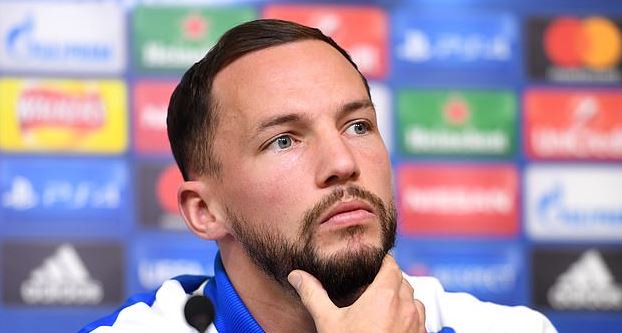