Arsenal midfielder Matteo Guendouzi has indicated that he wants to win over Mikel Arteta and is aiming to secure a place in the team ahead of the upcoming campaign.

The 21-year-old was exiled from the club’s first-team squad in June after he taunted Brighton’s players over their salaries during Arsenal’s 2-1 defeat.


After discussions with Arteta and Arsenal’s hierarchy about his poor attitude, Guendouzi didn’t play for the London side for the rest of the campaign and was even left at home for their FA Cup final win over Chelsea at Wembley.

Guendouzi was also left out of the gunners’ victory over Jurgen Klopp’s Liverpool in the Community Shield on August 29.

But the Frenchman is now planning to win back his place in Mikel Arteta’s team for the new season. 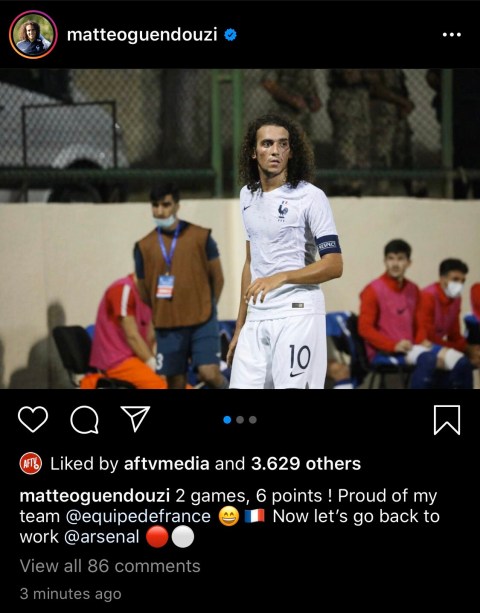 In a post on Instagram on Tuesday, the midfielder wrote: ‘2 games, 6 points! Proud of my team France. Now let’s go back to work Arsenal.’

Guendouzi played in both games for France Under-21s as they registered victories over Georgia and Azerbaijan in order to qualify for the European Under-21 Championship next summer.


Arsenal have been open to selling Guendouzi this summer and had offered Atletico Madrid the opportunity to sign him as part of a deal for Thomas Partey. But, the Spanish side snubbed their offer.

Lyon also turned down Arsenal’s offer to sign Guendouzi with the Gunners keen on their highly rated midfielder Houssem Aouar in return.


Speaking before Arsenal’s win in the Community Shield, Arteta said that he is willing to give the French youngster a clean slate.

‘I’ve been really clear that everybody starts from zero,’ said the Arsenal manager. ‘What you did two weeks ago or two years ago, doesn’t really matter. It’s what you are able to contribute to the team now.

‘Everybody is going to have the same opportunities. They have to show with their performance their attitude that they are better than their teammates or somehow contributing with what we want to achieve this season.

‘Yes… I’ve told him exactly that. That he’ll be part of the team and at the moment he’s like any other player in our squad. ‘He deserves to be treated exactly the same and I will do that to my best capability.’

5 months ago
Rennes skipper Damien Da Silva says Edouard Mendy ‘deserves’ to join Chelsea as the goalkeeper is close to a move to Stamford Bridge. Frank Lampard has been keen to sign a new goalkeeper this summer after Kepa Arrizabalaga’s poor form last campaign. Chelsea are now believed to be close to […] 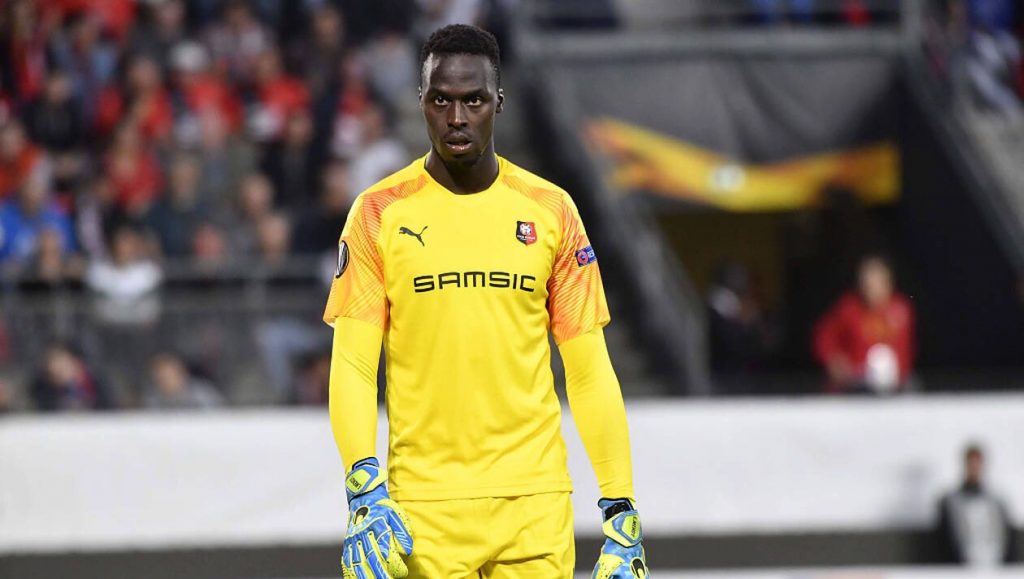